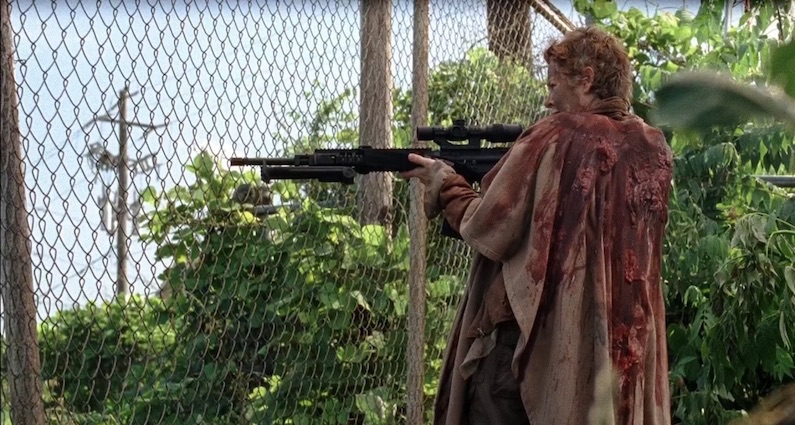 The Walking Dead Talk Through
TWDTT 001 - No Sanctuary (S5E1)

Talking Through No Sanctuary!

No Sanctuary is the record-breaking season 5 premiere that knocked our socks off! Terminus is finally revealed, and while we don’t actually see anyone eating people, it’s pretty clear that’s what’s cookin’ in this episode. Full of thrills, kills, and chills, this episode was a nonstop roller coaster of suspense and sensitivity. We discuss all of the crazy intensity a fan could want, crammed into 45 minutes of TV.

This week we discuss all of the crazy intensity a fan could want to be crammed into 45 minutes of TV. We answer some burning questions like:

We also discuss the awesomeness that is Rambo Carol in this episode as well as the poignant reunions and the special after credit scene.

Since there was no Beth in the premiere, you still have time to send in your feedback and tell us what you think happened to Beth as well as any other questions or theories you have.

The timeline we talked about is worth checking out as it is very awesome and detailed. We can tell a lot of work went into creating it, props to them for providing all of that information.

Finally, we would appreciate your ratings and reviews on Apple Podcasts.

Ratings were through the roof!

Ratings were No Sanctuary broke a record for the show! It got an 8.70 in the 18-49 demographic, with 17.290 million viewers. That broke the record from last season’s premiere, which was 8.20 and 16.100 million. It’s not as high as we hoped for in our introduction episode, but it’s still damn impressive.

See you next week!