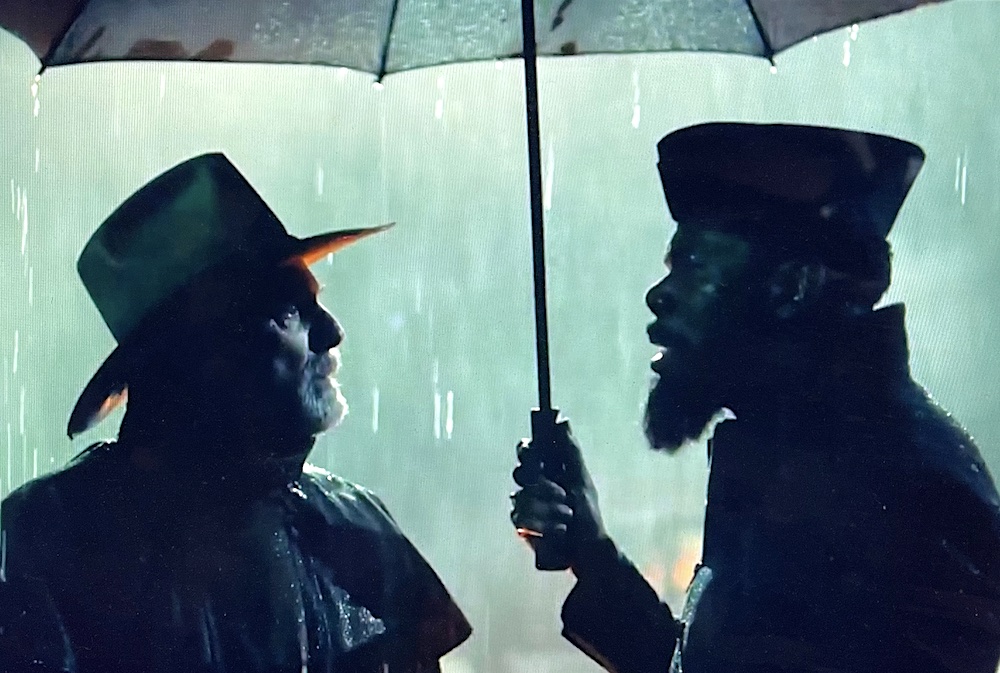 Defenestration is the name of the game!

Man where the citizens of The Tower dropping like flies this week. Strand sure loves a good body chuck off the roof of his glorious tower that if he keeps this up there will be nobody else left! So there were some power grabs this week between toadie Howard and John Sr that starts with a search for missing baby Mo and ends with neither of them being a winner. Wes fills the void and we still don’t understand what his motives are, and June, Wendel and Grace (oh, and Charlie but she’s sitting by death’s doorstep) are now in a predicament as Strand trusts no one at this point and our people want to take him down.

Ratings were steady for Sonny Boy.

That’s it for Sonny Boy. For our next episode, we will be covering Season 7, Episode 13, titled The Raft. One of the best ways to submit feedback is on our Facebook group at https://facebook.com/groups/WalkingDeadTTM/. You can also send us an email to walkingdead@talkthroughmedia.com or call our voicemail at 216-232-6146. The deadline for feedback will be 7 PM Eastern / 6 PM Central the Tuesday after the episode airs.