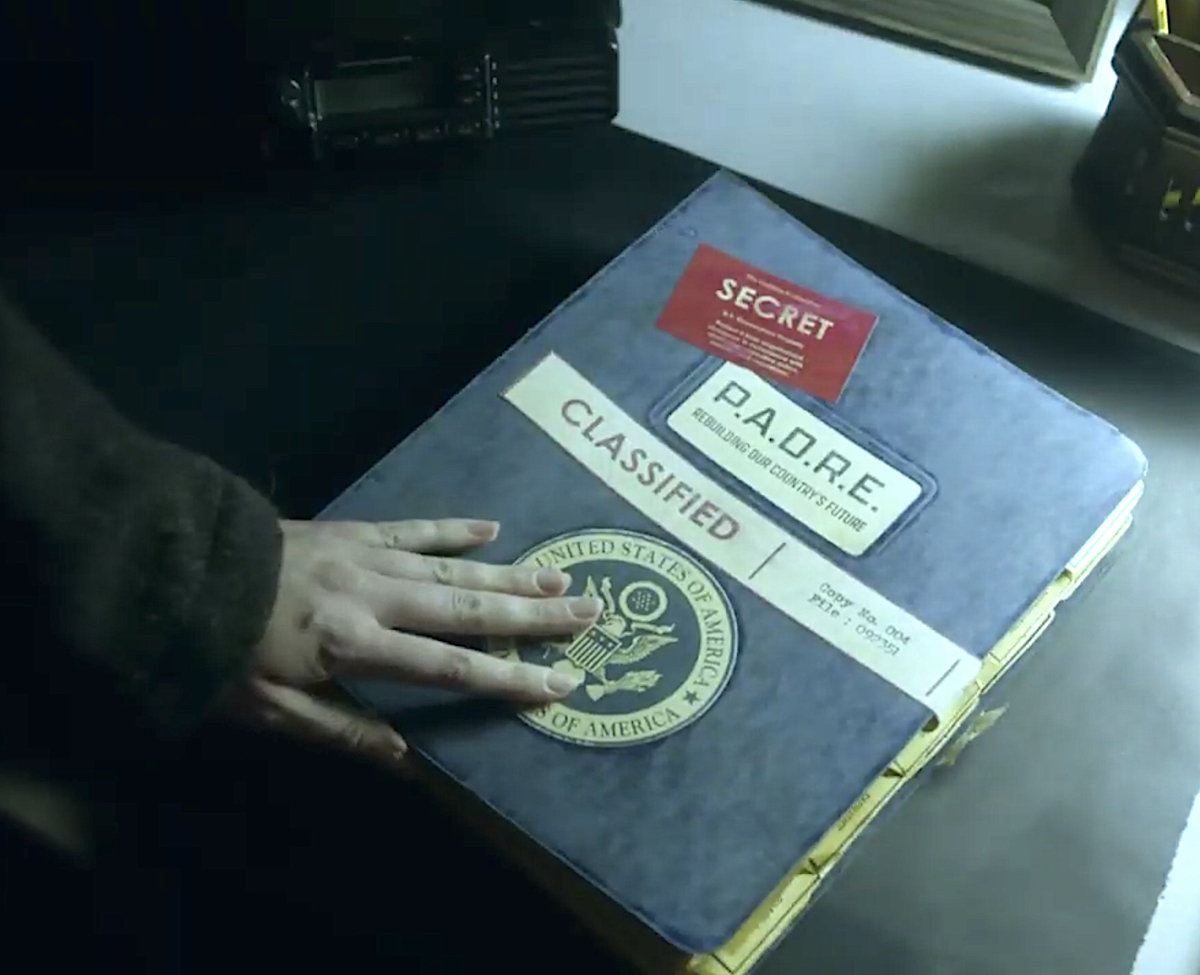 So LT figured out what P.A.D.R.E. stands for. People Are Dying Run East. Well, it’s better than nothing since all we got was that Padre was, thank goodness, not Padre Island. These writers need to be more creative, in our opinion. Well, this mid-season finale didn’t give us much, a few shockers, and some TWDU questionable situations. The zombie virus has always acted a certain way so one character’s situation doesn’t seem to fit in. So I guess we will have to see how the back half takes this on.

We have Strand and Alicia finally have the long-awaited meet and greet and it doesn’t turn out great. It’s All-Out-War, so to speak and now with Senator Walker not showing Alicia where Padre is and the revelations by Strand that he killed Will, dramatic explosions are certainly in our future. Morgan was there, as well, and he’s just there trying to help Alicia realize the options for her and her people so one can guess that in the back half he will play a bigger part to either find a resolution that doesn’t kill everyone, or he will take sides. Good or Bad, he’s the lead character for the showrunners so you know he has a part in all the drama that will unfold.

And we got some news about the return of ‘you’re not gone until you’re gone’ Madison Clark. Whether we see her in the back half of season 7 or if this is a development of Season 8, we shall see.

World Beyond, again, was much better than Fear this week and now that it’s over we were left with some interesting tidbits about the CRM but it still fell flat. We know the movies are still coming, or we think they are so it’s likely we will see some of our crew in the future. I just hope we get more CRM storyline in the months and years ahead because there was so much more they could have done with the 20 episodes of World Beyond that would have made the entirety of the series that much better.

Also of note that we discussed at the end of the podcast LT’s guest appearance on the Computer Resume Podcast. It has been released and you can check it out here! He talks Cast as Crew: II Enterprise S2 Ep 21 & 22 – The Breach & Cogenitor with host Todd A. Davis. So go check it out.

So without any more delay (and thank you to everyone for their patience and condolences to Kyle) join Brian, LT, and Kyle as they discuss the mid-season finale of Fear the Walking Dead, Padre, and The Series Finale of The Walking Dead World Beyond, The Last Light. See you in February when The Walking Dead Season 11 – part 2 returns!

Ratings were down for both the Mid-Season Finale of Fear and the Series Finale of World Beyond.

That’s it for Padre. For our next episode, we will be switching gears because The Walking Dead Season 11 Part 2 will premiere on February 20th, 2022, and Fear is scheduled to return on April 17th, 2022. So you can still send feedback, comments if you like to cover them when we return. One of the best ways to submit feedback is on our Facebook group at https://facebook.com/groups/WalkingDeadTTM/. You can also send us an email to walkingdead@talkthroughmedia.com or call our voicemail at 216-232-6146. The deadline for feedback will be 7 PM Eastern / 6 PM Central the Tuesday after the episode airs.