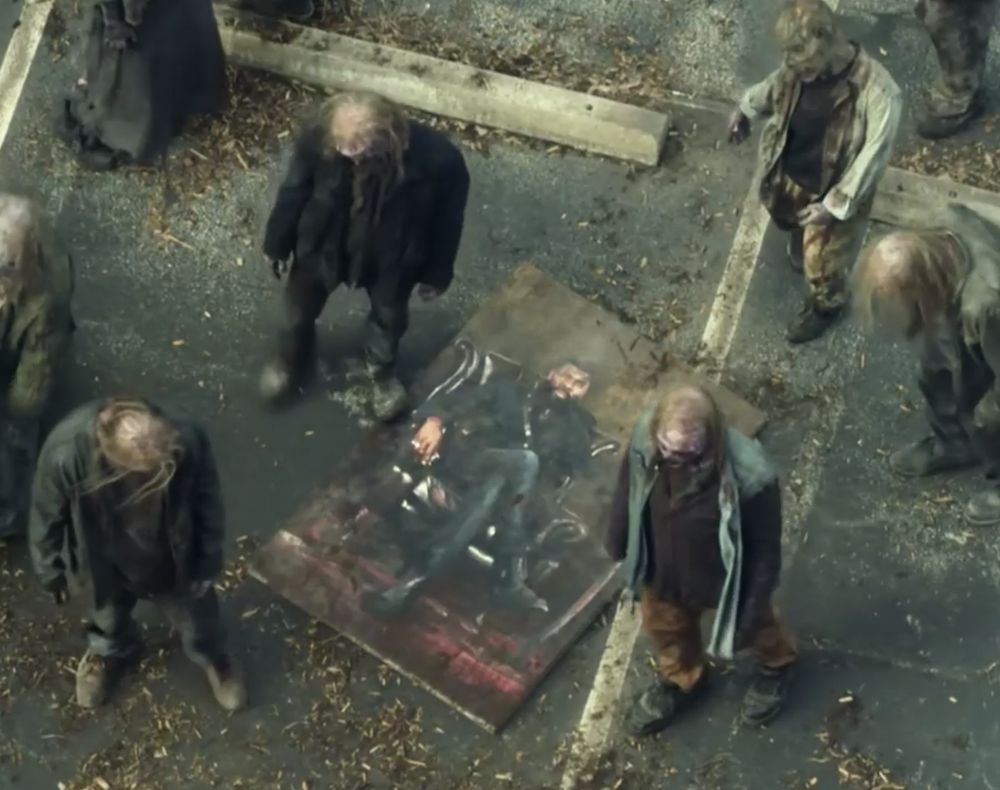 Fear the Walking Dead Talk Through
FTWDTT 090 - The Portrait (S7E7)

Talking Through The Portrait

Strand shows his true nature but Morgan comes to crash his party with baby Mo in tow. Oh, and there was a Trebuchet, too.

Strand took his dictatorial transformation to new levels this episode but it gets tested by Morgan showing up with sick baby Mo. Then to add even more problems for the Tower the Strippers/Stalkers/whatever you want to call them, show up and lay siege to those inside with walker-laden atomic bombs being flung via Trebuchet. I mean seriously who the heck was on watch and let them be able to do that. This thing was huge so it’s not like it wasn’t going to be noticeable from the rooftops. So when the madness starts Strand unleashes his inner paranoia that leads to everyone around him being an enemy. There were times it seemed like Strand was going to let down his guard and his beef with Morgan but then, queue writers doing something completely out of character for Morgan, he tries to take out Strand. It didn’t make sense and there were a lot of questions as to why and how this was the direction that he took. But alas, it was the direction the show went. It wasn’t a bad episode and had some tense moments, insight into Strands psyche, and the cherry on top was Alicia finally showing up with her band of merry, well not so merry, men. Brian and LT had a lot to discuss about some of the inconsistencies with the story, how the Stalkers were even able to lay siege as they did, Morgan so out of character, and Strand as Dorian Gray. So there was some good and not so good.

World Beyond this season is starting to develop into a good show but why it took this long to get there is beyond us. Brian and LT discuss this at length and was a big part of this episode for this week. The Series finale is next so will they stick the landing and give us more of the answers we seek about the CRM? We will have to wait and see.

So enjoy as Brian and LT (Kyle was not able to join this week due to a family emergency) as they discuss the Season 7 Episode 7 of Fear The Walking Dead, The Portrait.

Ratings were up for Fear and World Beyond was down but up in viewers.

That’s it for The Portrait. For our next episode, we’ll be covering Fear the Walking Dead S7E8 titled Padre and The Walking Dead World Beyond Series Finale S2E10, titled The Last Light. We’d love it if you sent in your feedback. One of the best ways to submit feedback is on our Facebook group at https://facebook.com/groups/WalkingDeadTTM/. You can also send us an email to walkingdead@talkthroughmedia.com or call our new voicemail at 216-232-6146. The deadline for feedback will be 7 PM Eastern / 6 PM Central the Tuesday after the episode airs.