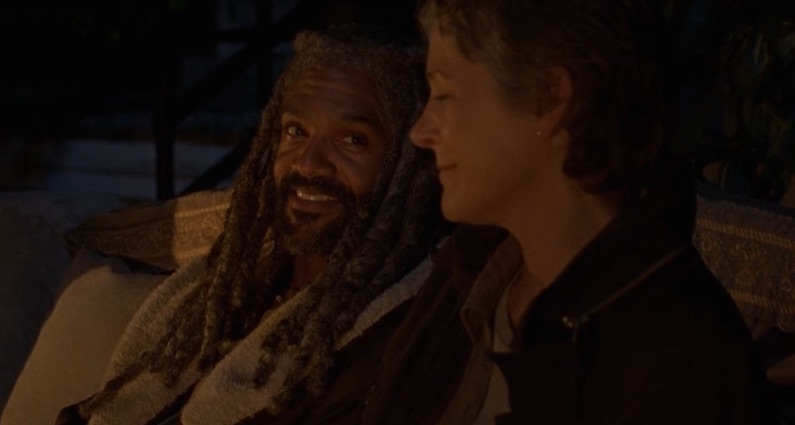 The Well was definitely a different kind of episode than the season 7 premiere, and at least one of us really, really liked it. I won’t tell you who, you’ll just have to listen to see. Okay, twist my arm, it was me. This episode caught us up on what is happening with Morgan and our beloved Carol, as well as introduced us to a new community of people. During this episode we see an entirely new way of life in the zombie-pocalypse, one that seems a little hard for Carol to swallow. She thinks that The Kingdom is a joke and that King Ezekiel is, too. That is, until he lets her in on his little secret. By the end of the episode, I think Carol and I are in agreement. Ezekiel and Shiva aren’t so bad after all.