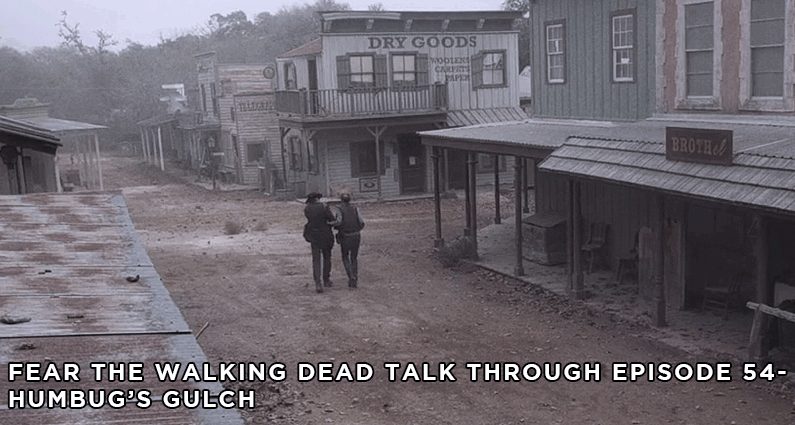 On this episode 54 of Fear the Walking Dead Talk Through, Kyle, Mark and I discuss Fear the Walking Dead Season 5 Episode 3, titled Humbug’s Gulch. Mark and I loved this episode and thought it was the best episode since last season, while Kyle thought it was weaker than the previous two episodes, though he still thought It was a good episode. John and June run into some trouble with another old character joining the show, but, this time, from the main show, while the rest of the group struggle while trying to find the kids. FYI, we had more discussion for last week’s episode, so we finally get to this episode 27 minutes and 30 seconds into the episode.