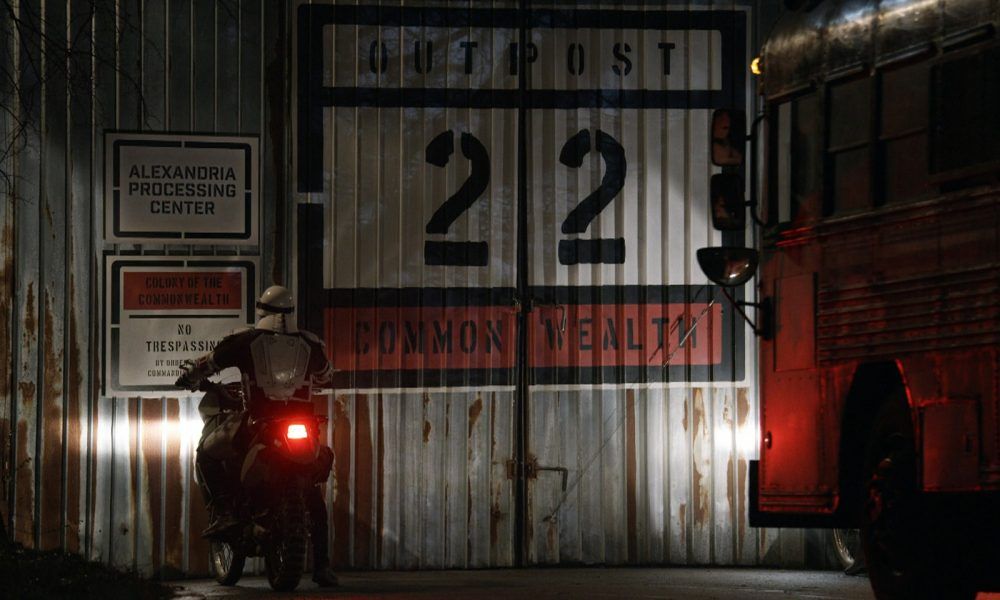 The Kids are Gone and a Choo Choo Train!

For episode 149 of The Walking Dead Talk Through, Kyle, LT, and Brian talk through The Walking Dead Season 11, Episode 21, titled Outpost 22. Written by Jim Barnes and directed by Tawnia McKiernan. Separated from their children, our survivors track a military convoy to a mysterious destination.

Ezekiel has a heart-to-heart with Negan; Maggie has a moment with a child walker, and Daryl and Carol steal a train from the silly stormtroopers.

This was another great episode that set us up for what we assume will be the final boss battle with Pamela. We know the kids have been taken and our crew is out looking for them. After Rosita, Gabriel, and Maggie make their escape from the stormtroopers, they meet up with Carol and Daryl, and they come across The Commonwealth’s working Train! What a prize to take away from Pamela. And it was easy pickings because The Commonwealth’s soldiers were pretty incompetent. They really are, and it’s making watching them kind of boring. They are not a force to be reckoned with. Anyway, so we find out that after Negan, Ezekiel, and Kelly work the chain gang, they get hauled off to this secret Outpost 22. Which is none other than Alexandria. I mean, what a perfect place for our people to be sent to. We can only imagine how that is going to turn out.

So we have only a few more episodes left, and things are moving closer to the big boss battle against Pamela and the Commonwealth. So enjoy as Kyle, LT and Brian discuss The Walking Dead, Season 11 Episode 21, OUtpost 22

That’s it for Outpost 22. For our next episode, we’ll be covering The Walking Dead S11E22 titled Faith. We’d love it if you sent in your feedback. One of the best ways to submit feedback is on our Facebook group at https://facebook.com/groups/WalkingDeadTTM/. You can also send us an email to walkingdead@talkthroughmedia.com or call our new voicemail at 216-232-6146. The deadline for feedback will be 7 PM Eastern / 6 PM Central the Tuesday after the episode airs.