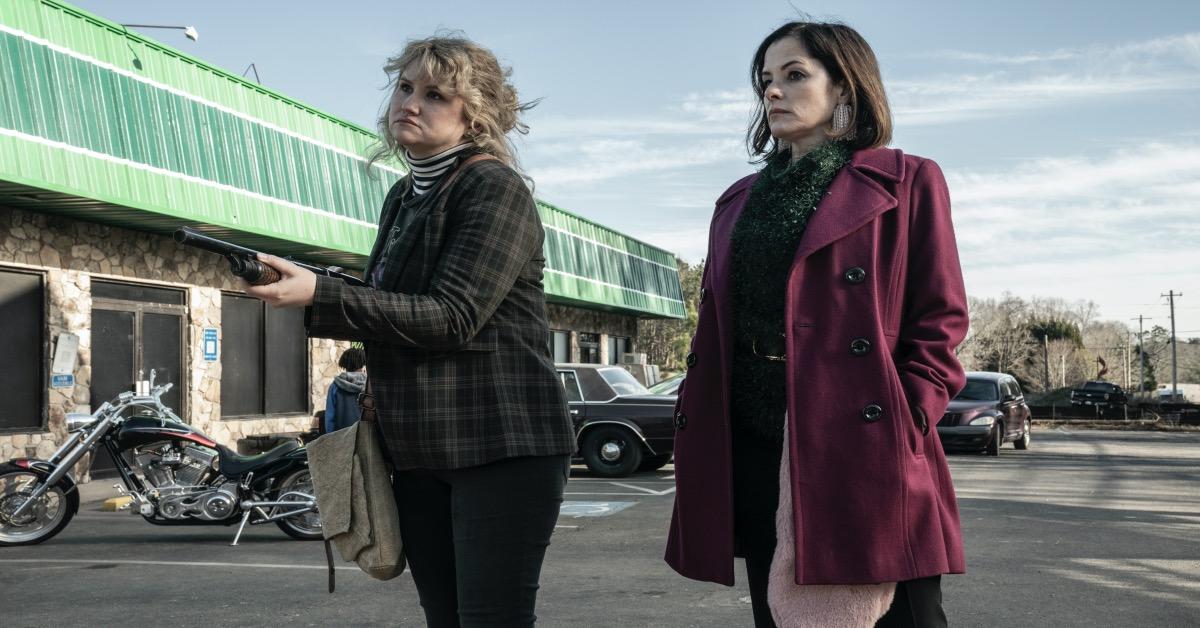 A loopy groundhog day in The Walking Dead Universe.

For episode 142 of The Walking Dead Talk Through, Kyle, LT, and Brian talk through Tales of The Walking Dead Season 1, Episode 2 titled Blair/Gina. It was written by Kari Drake and directed by Michael E. Satrazemis. Blair and Gina, hostile co-workers, try to escape the city and each other at the Apocalypse’s start.

You spin me right’round, baby, right’round! This made some of your dizzy.

Hey Survivors, Here is the mixed reaction episode of Tales of the Walking Dead. It seems some of you did not enjoy this episode as much as Kyle and Brian did, which is okay. This was a significant departure from anything we have seen from the powers that be. So wonder if they will keep that up this season or maybe after, they will change what Tales will be. I know next week is all about Alpha, so that could be an episode that is more in line with sticking with TWD than just something entirely out of the box but still set in TWDU. In any case, we love to hear all of your thoughts, even if you don’t like the episode.

So enjoy as Kyle, LT, and Brian (happy that he was able to join us this week) discuss this looper of an episode of Tales of the Walking Dead, Season 1, Episode 2, titled Blair/Gina.

That’s it for Blair/Gina. For our next episode, we’ll be covering Tales of The Walking Dead S1E3 titled Dee. We’d love it if you sent in your feedback. One of the best ways to submit feedback is on our Facebook group at https://facebook.com/groups/WalkingDeadTTM/. You can also send us an email to walkingdead@talkthroughmedia.com or call our new voicemail at 216-232-6146. The deadline for feedback will be 7 PM Eastern / 6 PM Central the Tuesday after the episode airs.