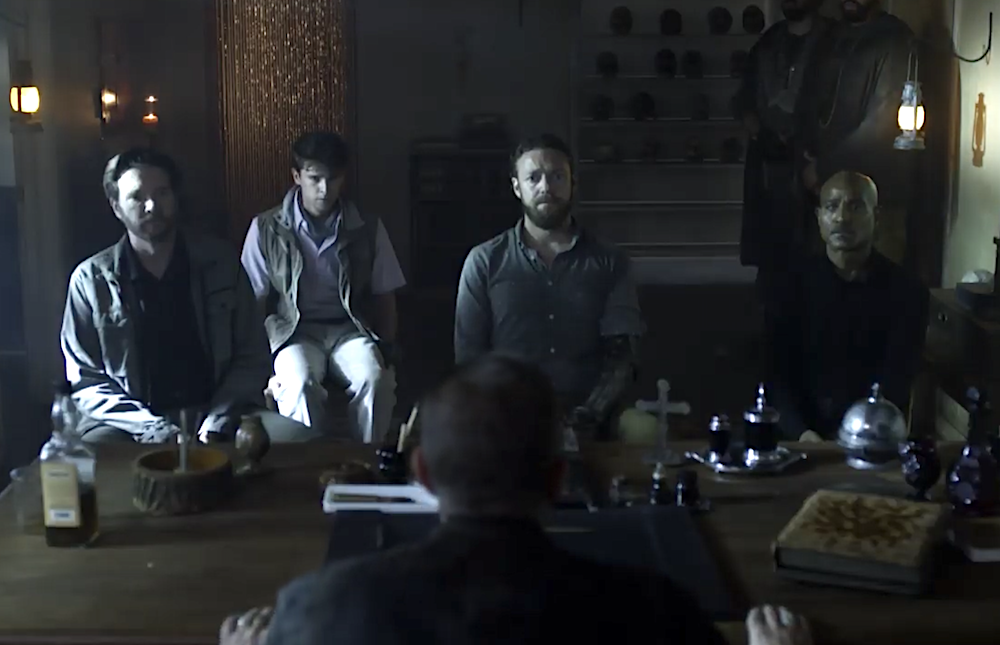 The Commonwealth has a frightening dark side.

For episode 136 of The Walking Dead Talk Through, Kyle and LT talk through The Walking Dead Season 11, Episode 13 titled Warlords. It was written by Jim Barnes and Erik Mountain and directed by Loren Yaconelli.

Aaron and Father Gabriel assist The Commonwealth with a new group but are blindsided by the sinister motive of Lance Hornsby’s henchmen Carlson.

Oh Man, was this episode dark, disturbing, and almost cost Aaron and Grabiels lives. What they thought was a meet and greet with a new group turned into a bloodbath showing the true dark underbelly of Lance Hornsby’s black ops methods to deal with those outside the walls that he doesn’t like. What is his ultimate plan? What other sinister things is he up to that Pamela Milton doesn’t know about. We meet a former CIA operative from the Old World and when he snaps everyone is either dead or soon to be. We get a surprise return of one of our characters and a call for aid to the Hill Top that brings Maggie, Lydia, and Elijah in to assist. Man, was this such a good episode with so many twists and turns that next week is going to be really good. Just hope none of our people die in the process.

Join Kyle and LT as they discuss this crazy episode of The Walking Dead, Season 11, Episode 13 titled Warlords.

That’s it for Warlords. For our next episode, we’ll be covering The Walking Dead S11E14 titled The Rotten Core. We’d love it if you sent in your feedback. One of the best ways to submit feedback is on our Facebook group at https://facebook.com/groups/WalkingDeadTTM/. You can also send us an email to walkingdead@talkthroughmedia.com or call our new voicemail at 216-232-6146. The deadline for feedback will be 7 PM Eastern / 6 PM Central the Tuesday after the episode airs.