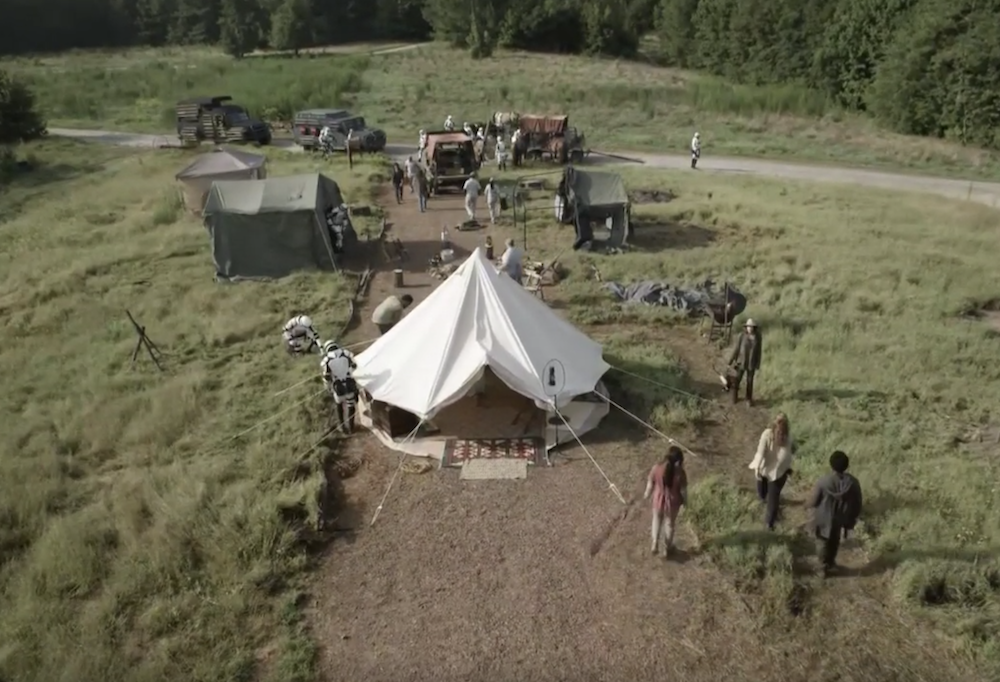 For episode 135 of The Walking Dead Talk Through, LT takes the reigns with Kyle and talks through The Walking Dead Season 11 Episode 12 titled The Lucky Ones. It was written by Vivian Tse and directed by Tawnia McKiernan.

Lance Hornsby is up to no good, Maggie makes a big decision, and Eugene and Max start to hit it off.

So in this episode, we get to see more of the relationship between Pamela Milton and Lance Hornsby and that their outlook on the communities (or survivors) is completely different. They don’t look at those outside their walls as equals and it’s a little bit of empire-building both good and bad. Lance seems to have an ulterior motive so that could be bad for our people. And Maggie made a decision on what the Commonwealth was offering so that might spell disaster for her people or it was the right thing to do. We saw that time jump a few episodes ago so we know a conflict of some kind is in store.

Eugene starts rebuilding his relationship back with Max and Ezekiel gets some good news but at what cost. Carol made a risk owing a favor to Lance for getting Ezekiel pushed up on the surgery list but this could be bad for her and a miscalculation, but we shall see.

So, join LT and Kyle as they discuss this and all the listener’s feedback of The Walking Dead Part 2 of Season 11, Episode 12, The Lucky Ones.

That’s it for The Lucky Ones. For our next episode, we’ll be covering The Walking Dead S11E13 titled Warlords. We’d love it if you sent in your feedback. One of the best ways to submit feedback is on our Facebook group at https://facebook.com/groups/WalkingDeadTTM/. You can also send us an email to walkingdead@talkthroughmedia.com or call our new voicemail at 216-232-6146. The deadline for feedback will be 7 PM Eastern / 6 PM Central the Tuesday after the episode airs.