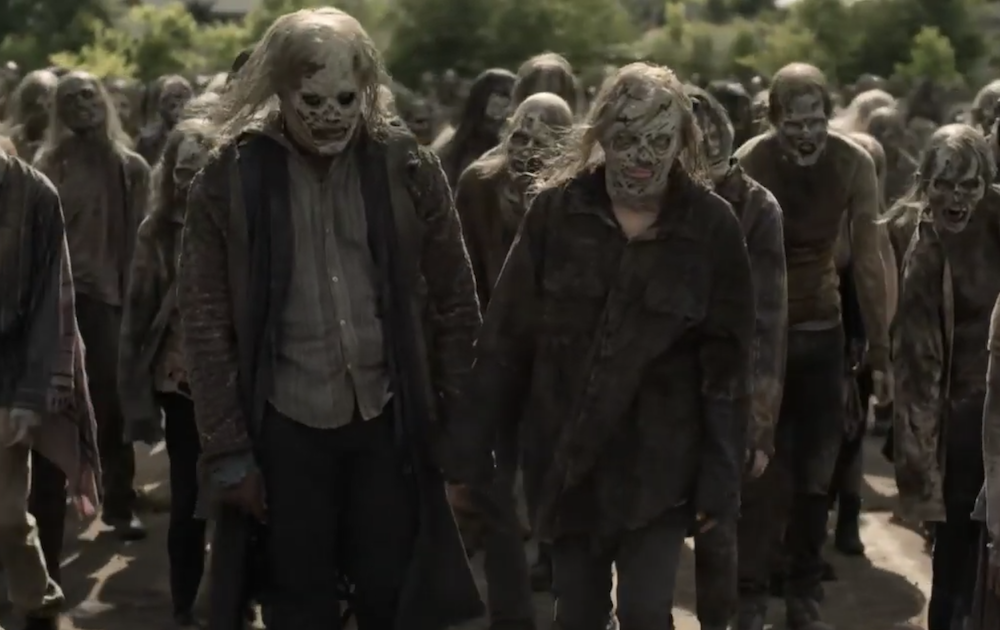 For episode 130 of The Walking Dead Talk Through, Kyle, Brian (in limited fashion), and LT talk through The Walking Dead Season 11 Episode 7 titled Promises Broken. It was written by Julia Ruchman and directed by Sharat Raju.

Maggie and Negan have a plan and Eugene gets himself in a Pickle.

There were a lot of interesting things going on in this episode. Maggie and Negan have a brutal heart to heart, Eugene and the gang are working off their debt to the commonwealth but it ends up in a real pickle for Eugene. Yumiko is learning the ins and outs of the commonwealth political goings-on but kind of gets her newly reunited brother in trouble. So we will have a lot to see coming up in the two episodes left for this year.

We do talk about Daryl and Jane and the whole Reapers thing that is coming to a head. Pope is a kind of an unstable variable but what that means in the end we do not know. But we sure know Maggie, Elijah, and tag along Negan have a surprise that is slowing walking to Meridian. Next week looks to be pretty awesome.

That’s it for Promises Broken. For our next episode, we’ll be covering two more episodes: The Walking Dead S11E8, titled For Blood, and The Walking Dead World Beyond S2E2, titled Foothold. And don’t forget Fear the Walking Dead Season 7 starts October 17th. We’d love it if you sent in your feedback. One of the best ways to submit feedback is on our Facebook group at https://facebook.com/groups/WalkingDeadTTM/. You can also send us an email to walkingdead@talkthroughmedia.com or call our new voicemail at 216-232-6146. The deadline for feedback will be 7 PM Eastern / 6 PM Central the Tuesday after the episode airs.