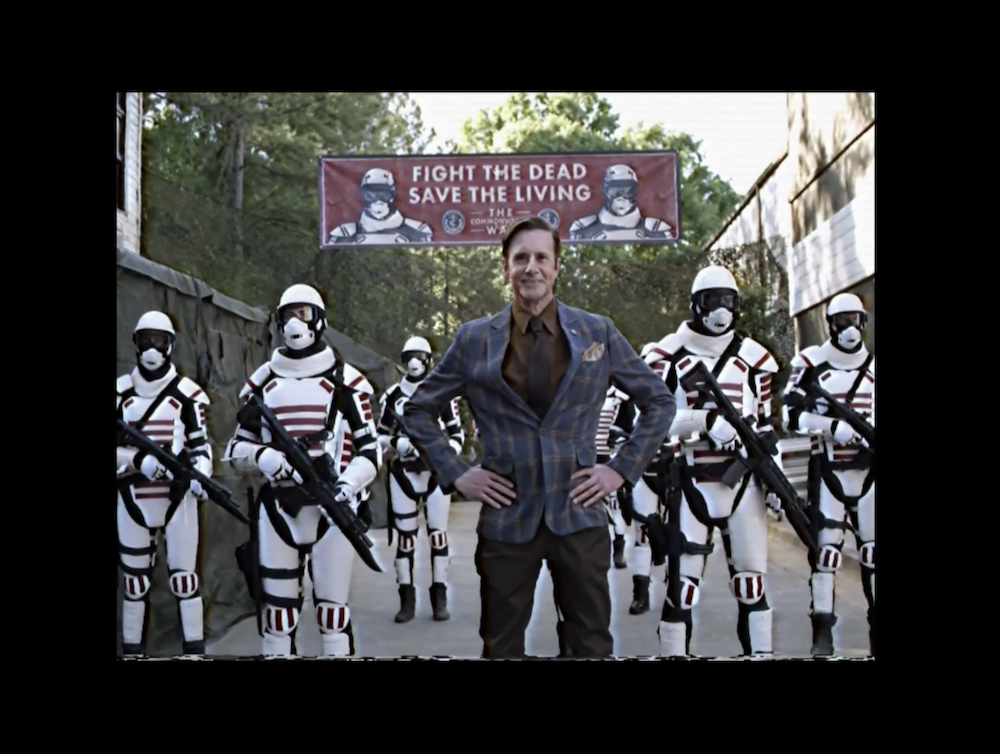 The Commonwealth is not all that it’s cracked up to be and a return to Hilltop is bittersweet.

For episode 128 of The Walking Dead Talk Through, Kyle, Brian and LT talk through The Walking Dead Season 11 Episode 5 titled Out of the Ashes. It was written by LaToya Morgan and directed by Greg Nicotero.

Kids, why are they so stupid, Hilltop surprise and Commonwealth of Information.

So, in this episode, we get to see more of the Commonwealth and there are definitely secrets behind the curtain. What, we don’t know, but it’s all very suspect. Eugene gets some help from Stephanie to access the town radio to contact the group, Princess is flirting around with the red stormtrooper, and Yumiko is reconnected with her brother Tomi who has a sweet tooth instead of a scalpel. Again, from the start, we see the propaganda that the Commonwealth is using to either hide its underbelly or keep control of its citizens and all those that seek asylum. Maggie and Negan hit it off again, and by hit it off she throws a knife at his head (well a walker behind him but still). Negan tries to influence Maggie with commonsense about their situation but in the end, her decision won with the return of Father Gabriel and Elijah to the safe house. Aaron, Carol, and more go back to the ruins of Hillside only to find some whispering squatters that start to push Aaron over to the dark side. Like really dark. There was so much pain and anger behind his eyes that I wonder if he’s going to go all Rick Grimes and do whatever it takes, good or bad, to protect the ones around him. And yes, by the end we get some good news about Connie. That was the icing on the cake for this episode.

We again have great feedback from our listeners and overall I think most enjoyed this episode more than what we have already been given so let’s hope that continues.

That’s it for Out of the Ashes. For our next episode, we’ll be covering The Walking Dead S11E6, titled On the Inside. We’d love it if you sent in your feedback. One of the best ways to submit feedback is on our Facebook group at https://facebook.com/groups/WalkingDeadTTM/. You can also send us an email to walkingdead@talkthroughmedia.com or call our new voicemail at 216-232-6146. The deadline for feedback will be 7 PM Eastern / 6 PM Central the Tuesday after the episode airs.

First we want to welcome our New Patron, DeEtta Patterson! Thank you for all your support of the podcast over the years and for your patronage.