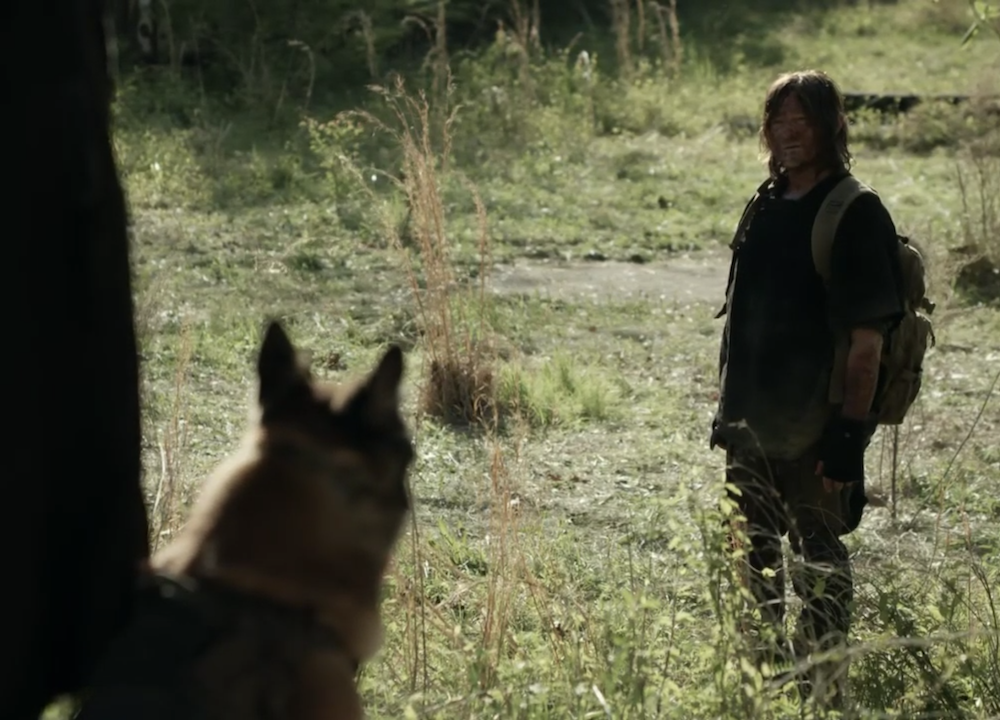 Daryl is captured by the Reapers and look who’s there.

For episode 127 of The Walking Dead Talk Through, Brian and LT talk through The Walking Dead Season 11 Episode 4 titled Rendition. It was written by Nicole-Mirante Matthews and directed by Frederick E.O. Toye.

Leah shows her face and Dog seriously walks away from Daryl!

The Reapers are an interesting bunch. Stocked with Meridian’s supplies and God on their side. Makes for another cultish romp that I think most of us are a little tired of. Leah is there who we saw Daryl with back in Season 10c. She is looking a little older but wouldn’t you know it. Dog, at the first chance, just walks away from, who we thought was his boo. Not anymore. I give that a Sad Face emoji. Overall this episode was pretty standard TWD fare that hopefully has more to the full arch of the final season and not just some filler for time. Great feedback from our listeners this week, as always. Keep it up.

That’s it for Rendition. For our next episode, we’ll be covering The Walking Dead S11E5, titled Out of the Ashes. We’d love it if you sent in your feedback. One of the best ways to submit feedback is on our Facebook group at https://facebook.com/groups/WalkingDeadTTM/. You can also send us an email to walkingdead@talkthroughmedia.com or call our new voicemail at 216-232-6146. The deadline for feedback will be 7 PM Eastern / 6 PM Central the Tuesday after the episode airs.