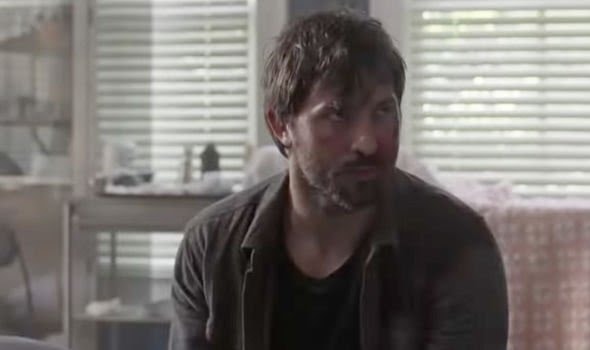 Talking Through The World Before

For episode 107 of The Walking Dead Talk Through, Kyle returns as we talk through The Walking Dead Season 10 Episode 8, titled The World Before. This episode was written by Julia Ruchman and directed by John Dahl.

We have feedback for last week’s episode…

Who is Dante? Well, now we know. That cold open told you everything you wanted to know, just like I said it would.

We will be going on hiatus over the break, though we plan to release new Patreon content. Please leave your feedback for the next episode, S10E9, titled… Well, we don’t know yet… by 6 PM Eastern/5 PM Central on Tuesday, February 25, 2020. If you have any feedback on this episode, The World Before, the first half-season, or predictions about the second half, send that in, too, and we’ll cover it when we get back! One of the best ways to submit feedback is on our Facebook group. You can also send us an email to walkingdead@talkthroughmedia.com or call our new voicemail at 216-232-6146.

I just had a brilliant idea pop into my head to explain the problems with fear versus the problems with The Walking Dead And this episode is a good example of the two. Sometimes, The Walking Dead suffers from micro plot issues. In other words how something happens in a scene or the explanation for a particular action, like them all going into the cave or Michonne going off in a boat, is poorly executed. The problem on fear is a macro plot ssue. It’s not the mostly the little things that they do from scene to scene that cause issues, although it still has problems with micro plot issues, the problem with fear is that there are issues with the entire story arc. Those are much more severe and problematic.

Ratings are surprisingly down for a mid-season finale…

We recorded our first Patreon-only call-in/roundtable episode a few weeks back! Sign up and get special access to the recording at the $5 level. That’s at https://www.patreon.com/WalkingDeadTalkThrough. Mark was at Walker Stalker Con Atlanta, and we heard about his panel with the original artist of The Walking Dead Comic book, Tony Moore! We also had Dianna from the Aim for the Head Podcast, Lizzie from the Brains Gone Bad podcast, Jason from Podcastica’s Walking Dead ‘Cast and listener Kat join us to relay their convention experiences. Those that stayed after the recording got to hear some other stuff that you only get from joining us live!