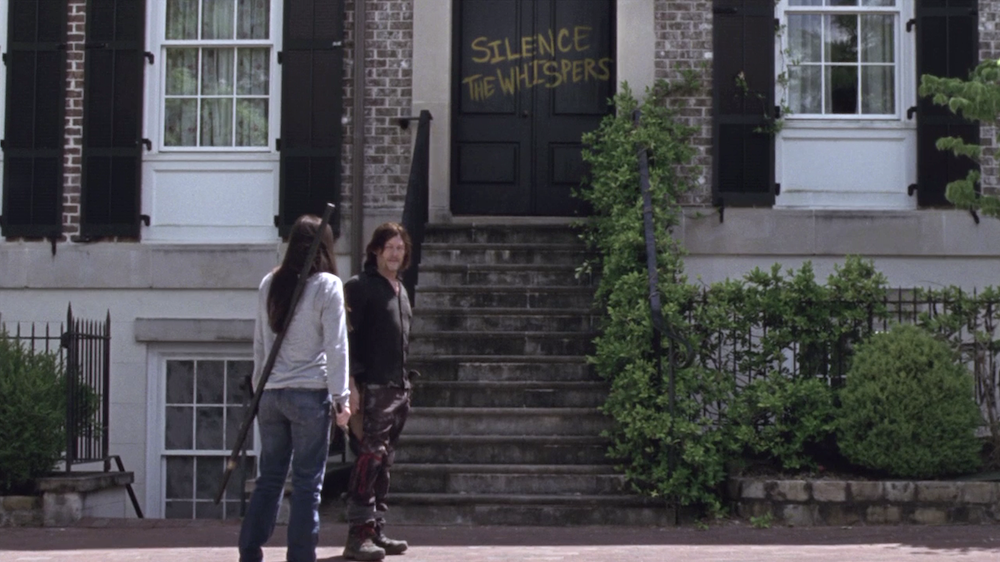 The Walking Dead Talk Through
TWDTT 103 - Silence the Whisperers (S10E4)

Talking Through Silence the Whisperers

For episode 103 of The Walking Dead Talk Through, Mark and I talk through The Walking Dead Season 10 Episode 4, titled Silence the Whisperers. This episode was written by Geraldine Inoa, and directed by Michael Cudlitz.

A little more on Ghosts…

Before we get into this episode, we got a little more feedback on Season 10 Episode 3, titled Ghosts, but not as much we have had for previous episodes. Our discussion of Silence the Whisperers begins 3 minutes and 7 seconds into the episode.

What else was I going to bring up but the song? It’s called Heaven I Know by Gordi. I found the use of the song to be a weird choice. I couldn’t get this earworm out of my head, and still can’t. Using it at the start and the end of the episode was too much for me.

Please leave your feedback for the next episode, S10E5, titled What It Always Is, by 6 PM Eastern/5 PM Central on Tuesday, November 5, 2019. If you have any feedback on this episode, Silence the Whisperers, send that in, too! One of the best ways to submit feedback is on our Facebook group. You can also send us an email to walkingdead@talkthroughmedia.com or call our new voicemail at 216-232-6146.

We recorded our first Patreon-only call-in/roundtable episode last week! Sign up and get special access to the recording at the $5 level. That’s at https://www.patreon.com/WalkingDeadTalkThrough. Mark was at Walker Stalker Con Atlanta, and we heard about his panel with the original artist of The Walking Dead Comic book, Tony Moore! We also had Dianna from the Aim for the Head Podcast, Lizzie from the Brains Gone Bad podcast, Jason from Podcastica’s Walking Dead ‘Cast and listener Kat join us to relay their convention experiences. Those that stayed after the recording got to hear some other stuff that you only get from joining us live!