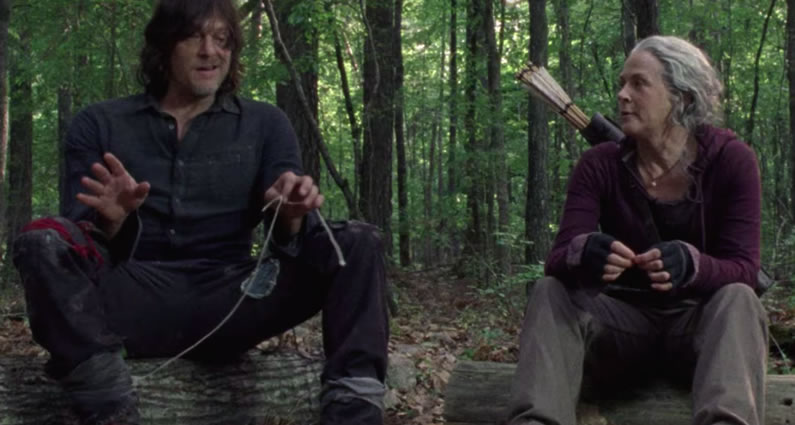 Our First Impressions of Lines We Cross

Because of AMC Premiere, we’re doing something new!

AMC Premiere made The Walking Dead season premiere available a week ahead of its airing on AMC. Because of that, we were all able to watch the season premiere several days early! We’ve never done a “first impressions” podcast before, so you will have to let us know what you thought of it! Perhaps we will make it a more regular thing if there’s a demand for it, though I’m not promising!

Next time, we will do a more detailed analysis of Lines We Cross!

Unlike most episodes, your feedback is NOT a part of this episode, but we will be doing our regular episode for TWDTT 100 with a more detailed analysis of S10E1 Lines We Cross that will be released on the feed later this week, with all of your feedback like you have come to expect.

We have been very critical of Fear the Walking Dead this season. We enjoyed certain aspects of the show, but it missed more often than it hit. Lines We Cross did not leave us with that same feeling. Our first impressions, after we each watched it only once, was that it was great. It’s not the best season premiere ever, but it set up the season well, and it did not have any of the little annoying things Fear had all season long. And I certainly enjoyed it a LOT more than I did the last season finale!

Please leave your feedback! You may still be able to get in your feedback on time for the season premiere if you get it in by 6 PM Eastern/5 PM Central on Tuesday, October 8, 2019. One of the best ways to submit feedback is on our Facebook group. You can also send us an email at our new email: walkingdead@talkthroughmedia.com or call our new voicemail at 216-232-6146.

Lately. it’s been difficult collecting the feedback, and we could use your help. Our availability is limited for each of us on Tuesdays when the bulk of the feedback comes in. We have to grab it from the various sources, including the Facebook group, the feedback form, email, and voice mail; put it into a Google doc; separate it into the appropriate sections of the podcast: Ratings, sauces, and feedback; and then fix things like spelling mistakes, grammar, and format, and then divide it by who will read it. If you are available most Tuesdays that we have an episode to record and want to help the podcast out, please drop us a line, either using the feedback form, the Facebook group, the Talk Through Media Facebook page, or if you are friends with us on Facebook, over Messenger. We’ll work out something if you can, like comping you into the Patreon, assuming you can do that.

Don’t forget that we have our new Patreon at https://www.patreon.com/WalkingDeadTalkThrough! We will be bringing you exclusive content there, such as when Mark attends Walker Stalker Con Atlanta in a few weeks! Please remember to subscribe to us on Apple Podcasts or whatever is your podcast client of choice. Subscribing to us helps us move up in the rankings, so it’ll help us out tremendously! You’ll also get new episodes when they’re released. And while you’re in there, leave us a rating or review! It only takes a few minutes and it also helps us out! And join our Facebook group!