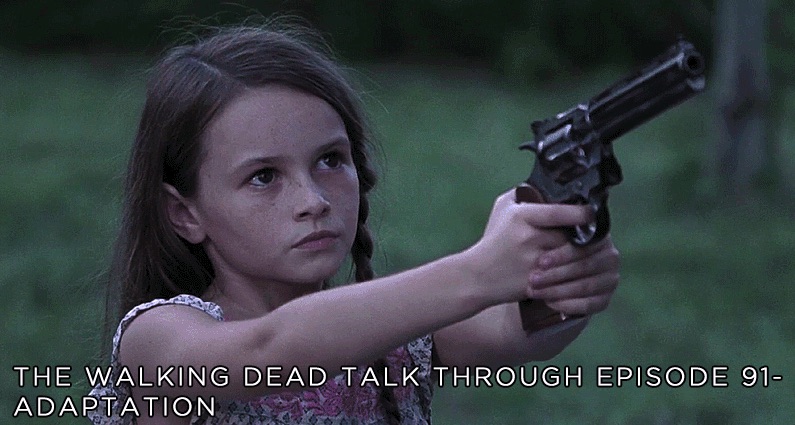 On this episode 91 of The Walking Dead Talk Through, Mark and Brian discuss The Walking Dead Season 9 Episode 9, which is titled Adaptation. This was written by Corey Reed, and directed by Greg Nicotero.

Henry!!! What else needs to be said? I am kind of fed up with this character, and as such, Brian didn’t care for the episode.

Thankfully, ratings are up again!!!

Due to scheduling conflicts, we have decided to go to a Wednesday night recording schedule for the rest of the season. Please leave your feedback for The Walking Dead, Season 9 Episode 10, titled Omega by 6 PM Eastern/5 PM Central on Wednesday, February 20, 2019. Check the Facebook group for any deadline changes.

Brian has decided that he will be stepping back a bit from the podcast, and will not be hosting the show every week. Part of it is due to scheduling with The Star Trek Discovery Podcast, partly due to some fatigue, and partly because the show is not doing it for him like it was, and he wants to focus more on Star Trek. Rest assured, you’ll hear from Brian every week, even when he’s not hosting. He’s not leaving the podcast, but he will take a few weeks off.