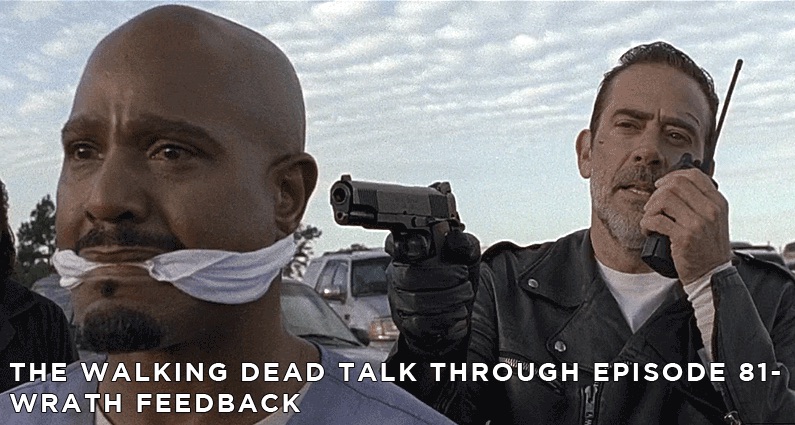 For this special feedback only episode 81 of The Walking Dead Talk Through, Mark, Kyle and I give your Wrath feedback, which is Season 8, Episode 16 of The Walking Dead. We talk a little about Gimple and Kirkman interviews, and then give the Nielsen ratings for the episode, which are up, but down from previous finales, as we kind of expected.

This is a part of our big coverage of Survivor Sunday. You can check out our roundtable episode for Wrath, and our roundtable and feedback episodes for What’s Your Story, the Fear the Walking Dead portion of this mega event!

The feedback on this episode is mostly positive. People are happy to see the end of All Out War. Some people are angered about Negan surviving, while others don’t know what to make of that Hilltop conversation near the end of the episode.

We are recording on Monday night next week, so please leave your feedback by 7 PM Eastern/6 PM Central on Monday, April 23, 2018. We will be discussing Fear the Walking Dead episode, S4E2, titled Another Day in the Diamond.