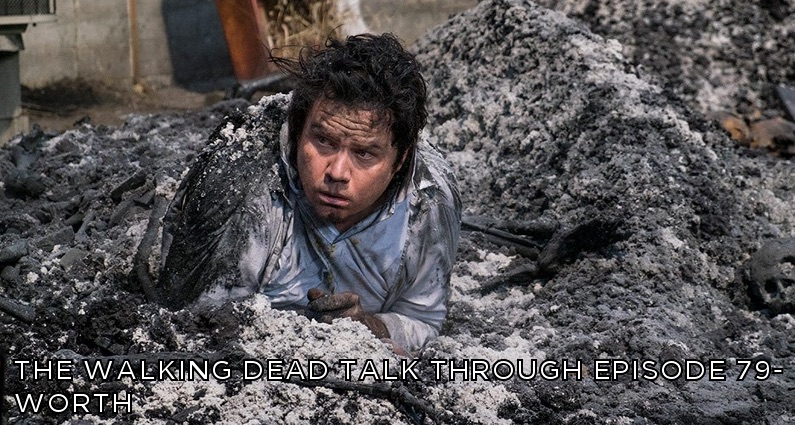 This episode was good but not as good as some of the others in the second half. It did bring an end to one of the most interesting characters on this show, and certainly of the Saviors: Simon. A lot of people will miss Simon, myself included.

I really enjoyed how Negan played Simon and Dwight, although Mark was less impressed. For me, I knew that Negan had some tricks up his sleeve based on the end of the episode, so I was expecting there to be shenanigans. I couldn’t help but notice that Negan, by the end, was committed to following the same course of action as Simon wanted to follow.

Rick, you finally read the letter!!!

Rick finally read Carl’s letter. It was about time. I wonder if any of it will sink in. I liked the Chandler Riggs reading, as I expected him to do. I enjoyed Michonne reading Carl’s letter to Negan to him. Like Rick, he couldn’t hear it. In the end, I think that good guy/bad guy reversal last week was transient, and I think both characters will go back to their usual places.

I can’t Oh Eugene him anymore…

Eugene has gone past redemption at this point. I think he’s fully committed to Negan in a way that is more despicable than in the past. I just want him dead!

Dwighty Boy, you are in trouble!

It took all episode, but it is finally revealed that Laura was, in fact, the person Negan picked up at the end of last week’s episode. It all made sense, and I enjoyed Negan’s long play in this episode, but Mark didn’t. He thought it was a bit contrived. Dwight’s in trouble. It’s interesting that Negan didn’t kill Dwight like he did Simon, but as he says, people are a resource. I guess Simon had gone past reform.

Next week, we’ll be covering S8E16, titled Wrath, and S4E1 of Fear the Walking Dead, titled What’s Your Story? We are doing a special two-part roundtable episode next week, so we may not cover feedback next episode or the one after, but we WILL cover feedback next week, for sure. Please leave your feedback by 6 PM Eastern/5 PM Central on Tuesday, April 17, 2018. We’ll have more details once we have a better feel of how things will play out. If you are planning to attend the big double feature crossover at the theater, we would love to hear what the experience was like for you!

Other Fun Stuff Completely Unrelated to Worth!