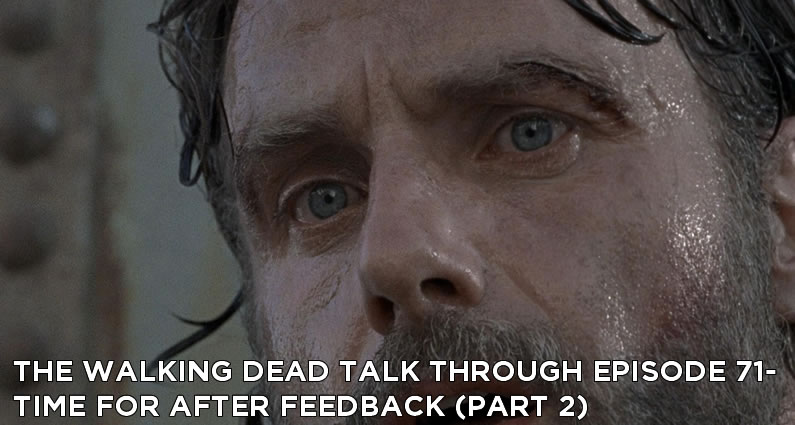 Talking Through Time For After, Again!

On the conclusion of a very special 2-parter of The Walking Dead Talk Through, we give your feedback and notes of Season 8, Episode 7 of The Walking Dead, which is titled Time For After. I am joined again by Rima, co-host of the Strange Indeed podcast, which covers Stranger Things, and Kristin, co-host of the House Podcastica podcast, which covers Game of Thrones. Both podcasts are on the Podcastica network. If you missed the first part, check it out here.

Get in your feedback for the mid-season finale!

Please leave your feedback by 6 pm Eastern/5 Central on Tuesday, Dec. 12th for S8E8, titled “How It’s Gotta Be“. Although the guest hosts are already booked for the mid-season finale, I could always use more people to add to the stand by list, as we may do additional hiatus episodes. If you’re interested in appearing as a guest, please contact me. Most likely, the permanent co-host will be from one of the guests you’ll hear during this period. Only one co-host will be chosen!

Other Fun Stuff Completely Unrelated to Time For After!