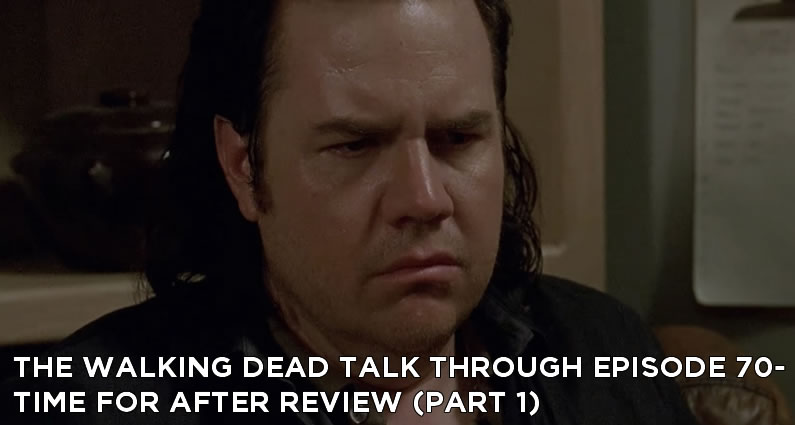 Talking Through Time For After

On this very special 2-part episode of The Walking Dead Talk Through, we discuss Season 8, Episode 7 of The Walking Dead, which is titled Time For After. For this episode, I am joined by Rima, co-host of the Strange Indeed podcast, which covers Stranger Things, and Kristin, co-host of the House Podcastica podcast, which covers Game of Thrones. Both podcasts are on the Podcastica network. I think you will agree that is an amazing episode, but… we went more than a little long. Rather than cut a lot of the amazing discussion, I decided to release this as a 2-part episode, with episode 71 covering your feedback and our notes later this week!

This episode heavily features Eugene like no other, which we thought was both a good and a bad thing.

Get in your feedback for the mid-season finale!

Please leave your feedback by 6pm Eastern/5 Central on Tuesday, Dec. 12th for S8E8, titled “How It’s Gotta Be“. Although the guest hosts are already booked for the mid-season finale, I could always use more people to add to the stand by list, as we may do additional hiatus episodes. If you’re interested in appearing as a guest, please contact me. Most likely, the permanent co-host will be from one of the guests you’ll hear during this period. Only one co-host will be chosen!

Other Fun Stuff Completely Unrelated to Time For After!

Please remember to subscribe to us in Apple Podcasts. Subscribing to us helps us move up in the rankings, so it’ll help us out tremendously! You’ll also get new episodes when they’re released. And while you’re in there, leave us a rating or review! It only takes a few minutes and it also helps us out!