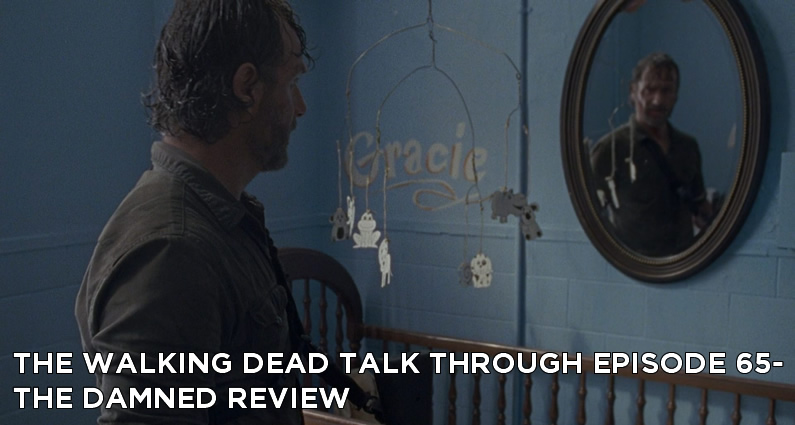 Talking Through The Damned, with Ruthie!!!

That’s right! Ruthie returns to the podcast, after taking Fear Season 3 off and missing last week. In this episode of The Walking Dead Talk Through, Ruthie and I discuss the non-stop action that was in The Walking Dead’s Season 8 Episode 2, titled The Damned, along with a couple of unexpected turns and some questionable moral decisions. I thought it was a good episode, though maybe not as good as last week. Ruthie, however, didn’t care for it too much.

The return of Morales!

It was unexpected, but Rick comes face to face with a blast from the past: Morales! Morales was a character that was a big part of Season 1, but he left with his family to go to Birmingham instead of staying with our survivors. Clearly, he didn’t get there and probably lost his family. Hopefully, we will know more next week.

It is normal for ratings to go down from the season premiere, and this was the case this time around. The Damned got a 3.99 in the 18-49 demographic, dropping not only under 10 million but under 9 million, with 8.923 million viewers. This is down from 5.03 in the 18-49 with 11.439 million viewers last week. I wonder if we will be under 10 million going forward. Even with the decline, the show is still a ratings juggernaut.

That’s it for The Damned!

Please leave your feedback for The Walking Dead, Season 8 Episode 3, titled Monsters, by Tuesday 6 PM Eastern/5 PM Central. Check the Facebook group for any deadline changes. I may be taking the week off again, but that hasn’t been finalized.

Other Fun Stuff Completely Unrelated to The Damned!