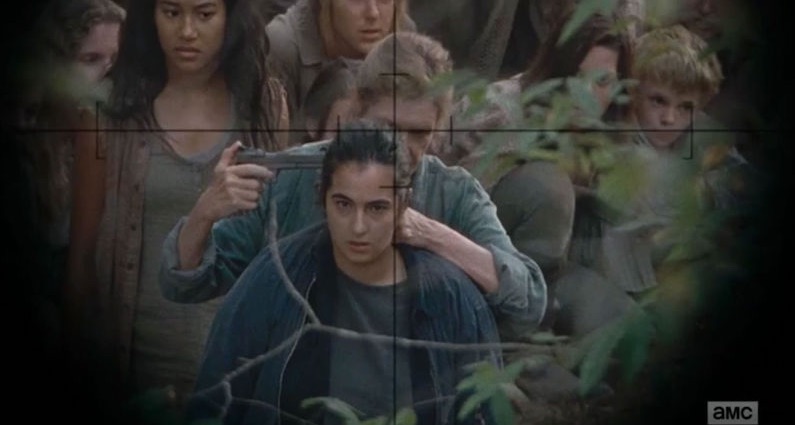 The Walking Dead Talk Through
TWDTT 062 - Something They Need (S7E15)

Talking Through Something They Need

Something They Need is the penultimate episode of the seventh season and is the one where they finally go to Oceanside. It’s also the one where Sasha has to make a decision about her future. And it’s also the one where we get a character named Rapey Davey. But, this isn’t Friends, it’s The Walking Dead where the future is uncertain. Rick and the gang go to Oceanside and take all of their guns, but promise to bring them back. Will they be able to keep this promise? Sasha tells Negan that she will join him but then tells Eugene that she doesn’t want to be used to hurt her friends and asks for his help. How will she get out of the situation she has created for herself?

Something They Need has left us with many unanswered questions, but will we get all the answers in the finale? Will we get the all-out war that has been promised this season, or will we have to wait until season 8? Will the season finale see all of the groups finally coming together to fight against the Saviors?

If you think you know the answers to any of the burning questions, let us know by leaving us feedback. Please leave feedback for the season finale, The Walking Dead Season 7 Episode 16, titled The First Day of the Rest of Your Life, by Tuesday 6 PM/5 PM Central.

Other Fun Stuff Completely Unrelated to Something They Need!

We’re asking for something new this week. Brian’s laptop has been having some hard drive issues lately, so he’s asking listeners if they could help him out a bit and donate an Amazon gift card of any dollar amount you can spare so he can upgrade his laptop’s hard drive to an SSD. It’ll help breathe new life into it and help things run more smoothly here at The Walking Dead Talk Through. Check out his Amazon wishlist, and you can see the specific Samsung 1TB SSD he’s looking to get with those gift cards. If you don’t want to go the Amazon gift card route, he also set up a GoFundMe. We know we have asked for a lot lately, and we appreciate all of your support! We have the best listeners in all of podcastdom!