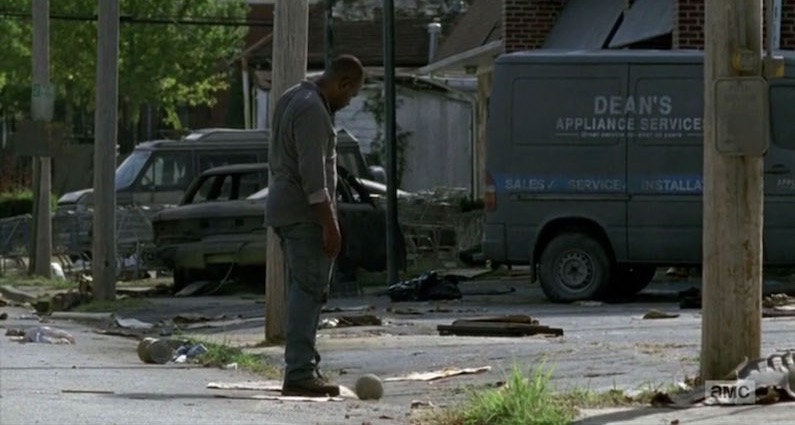 Talking Through Bury Me Here

Bury Me Here is the title of the 13th episode of The Walking Dead this season, and it was also what one character wanted, and, in the end, got. That character was Richard, and the one who buried him both literally and figuratively was Morgan. Although the previews lead us to believe that this was a Carol-centric episode, it was really all about Morgan. Morgan was the one who arguably had the biggest character change this episode, a change that was brought about ultimately by Richard, the one he buried. What a circle of life and death this episode was, and it also brought a little rearranging and mind-changing.

Other characters changed, too

Although none quite so significant as Morgan, Bury Me Here brought about changes for other characters as well. Carol decided not to live apart anymore, and King Ezekiel decided that The Kingdom could no longer carry on as before. Now that both Carol and Ezekiel have decided to join the fight against the Saviors, what will the future hold? Will they team up with Alexandria? Will Carol try to convince him to do so, and if she does, will she be successful?

One more question for the road: if all had gone according to Richard’s plan, how exactly did he expect them to know that the Bury Me Here sign was for him? After all, he wouldn’t exactly be around to explain it to anyone; and if Morgan hadn’t found the fated cantaloupe, perhaps no one would have ever known. So much trouble for one little melon.

Leave us your feedback and tell us what you think the answers to these questions are. Please leave your feedback for The Walking Dead, Season 7 Episode 14, titled The Other Side, by Tuesday 6 PM Eastern/5 PM Central. One of the best ways to submit feedback is on our Facebook group.

Other Fun Stuff Completely Unrelated to Bury Me Here!