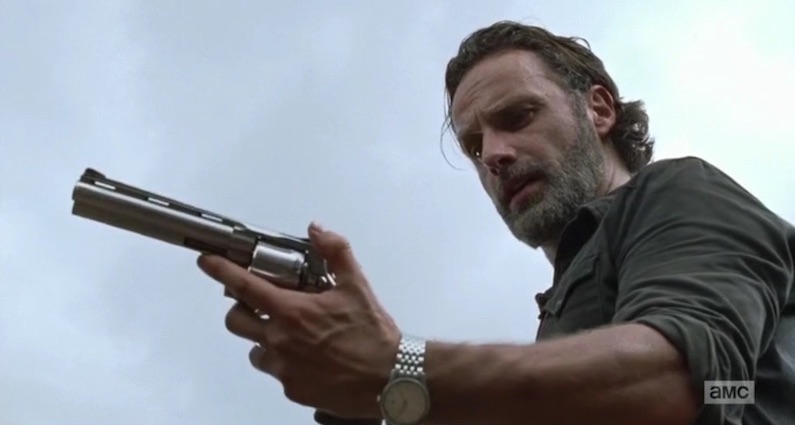 There are many Hearts Still Beating after the mid-season break for season 7 of The Walking Dead, but a few that have been stopped forever. Thankfully it was Spencer, unfortunately, it was also Olivia. Some characters weren’t on the road to learn the lesson that Rick learned, but some were and didn’t learn it good enough. I’m looking at you, Rosita, and now Eugene is paying the price for your stubbornness. I hope she has now learned her lesson. He tried to tell her when he told her that it might not be her that pays the price for her actions. Hopefully, she will remember those words and how she was mean to Eugene and work extra hard to get him back.

While both of us liked this episode, Brian, as usual, liked it a little bit more. I’m just glad that this episode ended on a hopeful note. Compare that to how the season premiere ended. I am hopeful that the subjugation of our gang will not last much longer in the second half of season 7. I hope Carol will come to her senses and be the BAMF she was meant to be. We both are glad that Daryl is now free and that Rick has the python back. I guess it’s a good thing that he offed Fat Joey, after all, he might not have ever known that he had it. However, this does not bode well for the gentle soul that is Daryl Dixon. I can’t wait for the next Daryl and Carol reunion.

And now for the burning question: who is the owner of the boots? We had a lot of responses on the poll on Facebook, but we would love to hear from everyone about what they think the answer is.

Speaking of hearing from you, you have plenty of time in between now and the next episode to get in oodles of feedback! We got one piece of audio feedback this week, which as always, made us super happy! Drop us a line and let us know who you think is wearing the boots! We will be recording a preview episode before the mid-season premiere. Please submit your feedback for The Walking Dead Season 7 Episode 9, titled Rock in the Road, by 6 PM Eastern/5 PM Central Wednesday, February 15, 2017. We’ll be recording a day late because of Valentine’s Day.

Or if you feel so inclined, please check out my GoFundMe. I am still accepting donations to pay back my insurance.