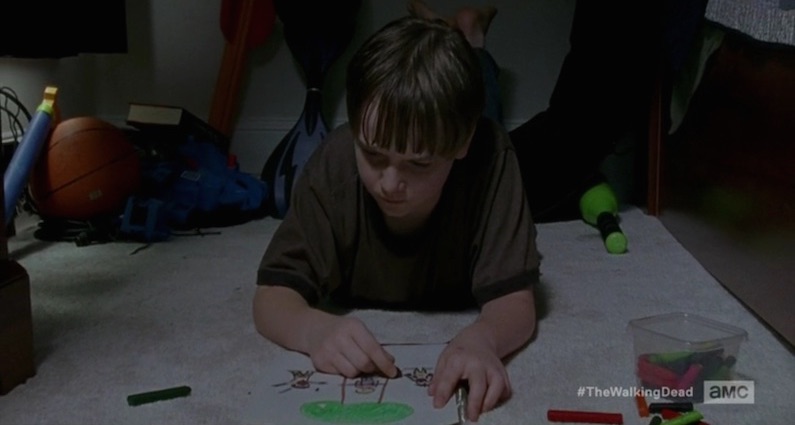 The Walking Dead Talk Through
TWDTT 031 - Start to Finish (S6E8)

Talking Through Start to Finish

The season 6 midseason finale is finally here with the 8th episode, Start to Finish and what a doozy! While perhaps not as strong as past mid-season finales, this episode ended on what appears to be another huge cliffhanger. The show begins and ends with poor Sam, who is not adapting to this new world as fast as his mother. After spending all of his time since the wolf attack upstairs, his first venture downstairs will be to walk through a huge herd of walkers wearing a guts poncho. Understandably, he is unsure of himself; and in his moment of uncertainty, he calls out for his mother. But that’s just the end! In this episode of TWDTT, we discuss all of the many other juicy, intense, and crazy scenes that are in Start to Finish.

Surprisingly, only one person died in this episode, but based on past experience, we won’t believe Deanna is dead until we see a body. Will everyone else make it through the mid-season premiere? Other characters also end the episode in peril, and we have to wait until February 14th to find out their fates! In the meantime, we can contemplate what went wrong with the first half of season 6, and what went right. There are grumblings on the internet about our favorite show, and some fans are calling for Scott M. Gimple to be sacked as showrunner. Others chastise the show for lazy writing, and I have to say, I’m glad that I’m not the only one who has noticed it! Are the problems that some see with the show really problems, or are they little hiccups along the way?

What did you think?

Tell us what you think about this and anything else on our feedback page. We plan on having some hiatus content, including a recap of the first half, and we want to know what you all think. Please leave your feedback for The Walking Dead, Season 6 Episode 9, titled No Way Out, by 6 PM Eastern/5 PM Central on Tuesday, February 16, 2016. One of the best ways to submit feedback is on our Facebook group.