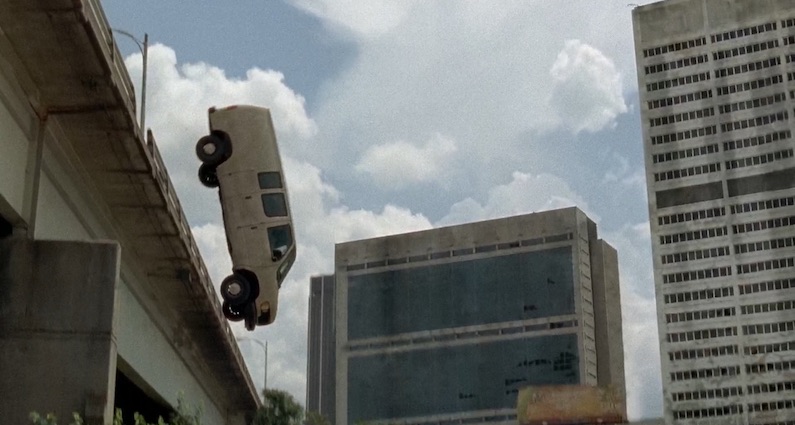 On our last episode, we talked about our favorite moments from Season 5. Since the weak sauce is the yang to the awesome sauce, in this episode we discuss what we found least pleasing about Season 5. But we couldn’t find very much to complain about because The Walking Dead is such an awesome show! With so few options to choose from, there are a lot of repeats between our two lists. And, as we love the show, we always want it to be the best it can be.

So what was weak?

We’d have to say the van. as you will see in our featured image this week. There is no way that van could have landed right side up. We weren’t fans of Gabriel, as you know, and Eugene rubbed us the wrong way. Of course, we also thought the death of Tyreese was disappointing. Tyreese was never the character he should have been on the TV show.

Send in some feedback!

We hope everyone is enjoying our hiatus episodes this summer, but we would still love to hear from you! Drop us some feedback or join in the fun on Facebook.