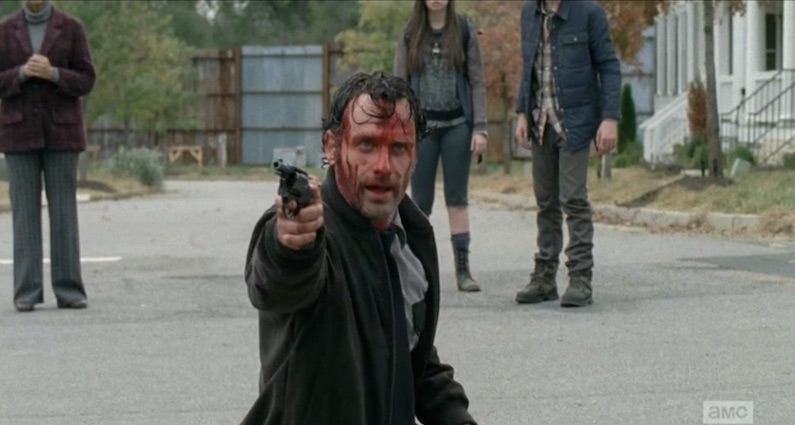 The penultimate episode of The Walking Dead Season 5, titled Try, starts off with Nine Inch Nails and ends with Raging Rick. Despite mixed feelings about some elements of the episode, it still earned high marks from both of us, as well. As our gang spends more and more time in Alexandria, the difference between the two groups becomes more and more clear.

In this episode, we discuss the Rick-Jessie-Pete dynamic and whether or not we think it is believable. We also made an update to our who-we-want-to-die-a-horrible-death-in-the-series list. (Hint: Glenn knows his secret.) Walkers with the W carved into their foreheads are becoming more prevalent as Daryl and Aaron make some gruesome discoveries.  But, the burning question on many fans’ minds: will we see Morgan before the end of season 5? We will just have to tune in on Sunday to find out!

Again, we are blessed with TWO whole feedback submissions for this episode. We love hearing from you guys, whether it’s in your own voice or written out. So please, let us know what you are thinking about and what you think will happen in the season finale!

Oops! Somehow we got our hands on some four-year-old news…but to see what it is we were talking about, go here.

Finally, to read the article about the difference between a sociopath and a psychopath that we talked about in this episode, go here.

One cohost defends another about a particularly negative review in iTunes this week, but we also received an extremely positive review.  It seems you, our fair listeners, are polarized about one of us, so go leave us a review and tell us how you think the other is doing!