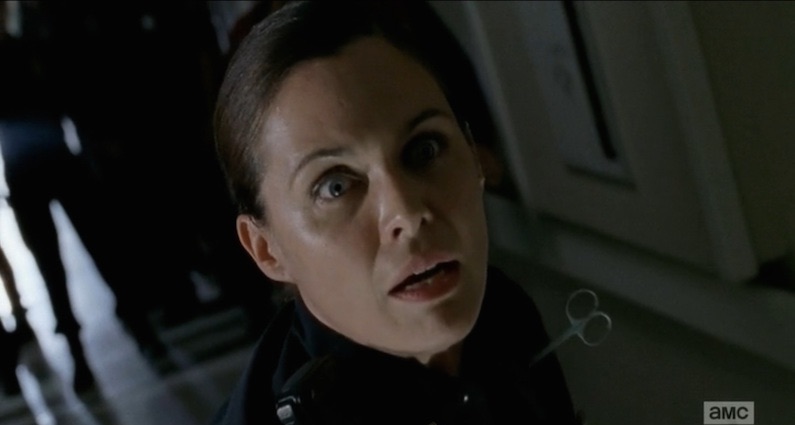 Mixed reviews for me and my co-host about the season 5 mid-season finale, Coda but still a strong episode rating from both of us. In this episode, we talk about what thrilled us and what didn’t, what hit the right spot, and what missed the mark.

Coda begins with one of the best cold opens in show history as Rick chases after escapee, Bob 2. When he catches up with him, we see the result of Rick after a year and a half(ish) of zombie apocalypse living as he tries to protect all of the original, old, and new members of his family. The culmination of this episode was gut-wrenching, but we see the whole group back together again, minus two. Beth will be missed by many, and for me, it was almost sadder watching Emily Kinney talk about it on Talking Dead.

We didn’t have all of the week’s ratings for TV at the time that we recorded. What we did have was a press release from AMC about how well this episode did, but they might be a little biased. Coda got a 7.60 in the 18-49 demographic, with 14.807 million viewers, up from last week‘s 7.00 and 13.329 million viewers.

February 8, 2015, cannot get here fast enough! But we want to stay in touch so we will be releasing more podcast episodes during the long hard hiatus. Right now, we only have one planned, so let us know if you have any ideas for a show or something you want us to talk about. You can do that by giving us feedback! We also want feedback about the first half of season 5.  Tell us your favorite parts, what bugged you, your favorite Awesome Sauce moments, your Survivor of the Week, and who you think will not make it out of season 5 alive.  If we get enough feedback, we might be able to do a feedback episode! We will definitely do a preview episode, too.