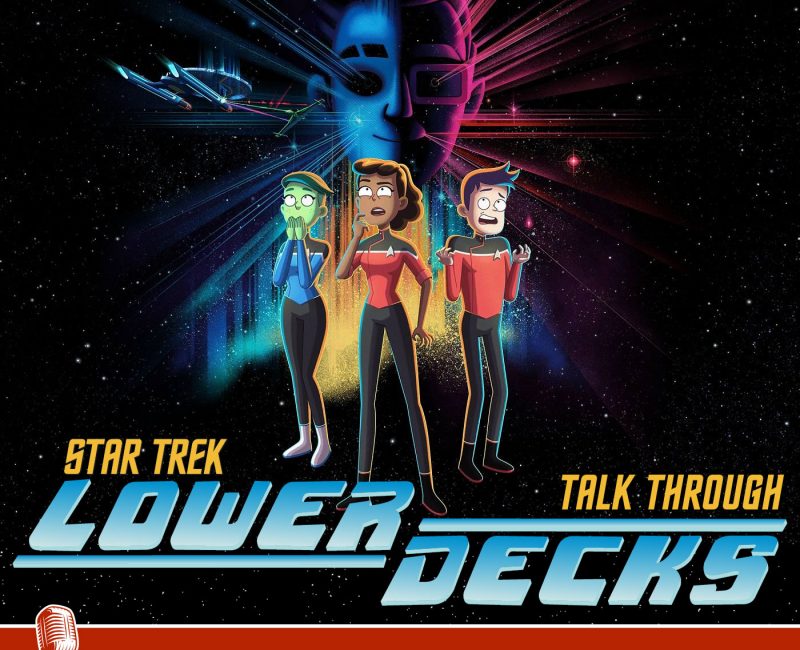 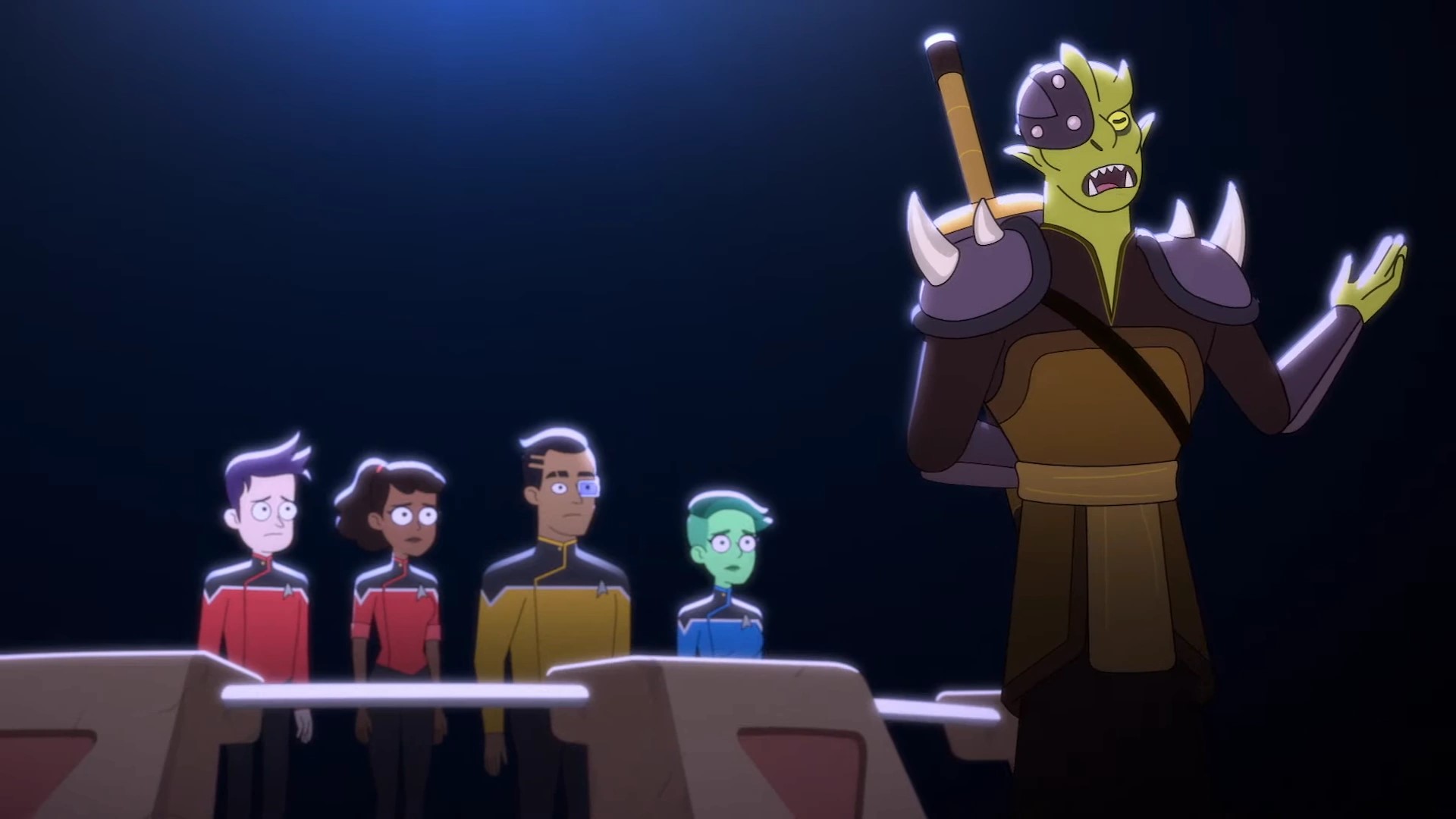 We’re back with the eighth episode of Lower Decks, titled Veritas. This episode was written by Garrick Bernard and directed by Kim Arndt, who also directed S1E2 Envoys and S1E5 Cupid’s Errant Arrow.

We see our four ensigns be raised into a dark room that looks very similar to the courtroom seen in Star Trek VI: The Undiscovered Country. We see the senior officers held above in some kind of beam. It all starts out with what appears to be a trial.

One of the funniest parts of the episode was the flashback to Mariner’s testimony when she and Boimler had bridge duty on 57818.4. Rutherford’s screwing up the red alert system speaker system in the cargo bay, Boimler’s terrible combination of kissing ass, indecisiveness, his inability to read the room, and make bad strategical recommendations, like the “Crazy Ivan” mentioned in The Hunt for Red October”. Mariner’s misinterpretations of Captain Freeman’s “send them a message” that she took to mean fire phasers off as a warning shot (which I thought that’s what she meant, too) went horribly and caused the alien Clicket ship to attack. All of that was fantastic.

You may not have caught it, but the alien captain in this scene was voiced by Kenneth Mitchell, who played the triumvirate of Klingons on Discovery: Kol, Kol’Sha, and Tenavik. He also played a Romulan and a Federation officer in this episode. Unfortunately, she is placed in contempt and gets sent to the eels, before Boimler corroborates her story that they didn’t know what was going on while on the bridge.

That’s a pretty bad side effect…

We then get another flashback to Rutherford, which we find out his full first name is Samanthan. see a really bad side effect of his cybernetic implants: Missing time. I felt bad for the guy, but this was hilarious. From the feather dance from Star Trek V to catching Billups while he goes on oxygen deprivation (and mentions Mark Twain and Tasha Yar) so was he an engineer on the Enterprise?

And who can forget the appearance of Q!!!

John de Lancie reprised his role of Q for this episode, where he appeared both in a flashback and in the present time. Some argued that he wasn’t used enough, but we thought his use was just right for this time around.

We both agree. This was the best episode of the season. It did go heavy on the references, but they were appropriate. We only have two episodes left for the season

We did not extend the deadline this week! For our next episode, we’ll be discussing the Season 1 Episode 9 of Star Trek: Lower Decks, titled Crisis Point. The deadline will be 7 PM Eastern/6 PM Central on Friday, October 2, 2020, unless announced on the Facebook group otherwise. Your feedback is SO important to us!!! And don’t forget to sign up for our Patreon to get access to our Patreon episodes.

We recorded our seventh Patreon call Sunday, September 27th. That episode hasn’t been released yet, but Patrons should all have it this week. If you want to listen to it when it comes out, sign up to our Patreon! https://www.patreon.com/brianandruthie for as little as $1/month and you’ll get access!