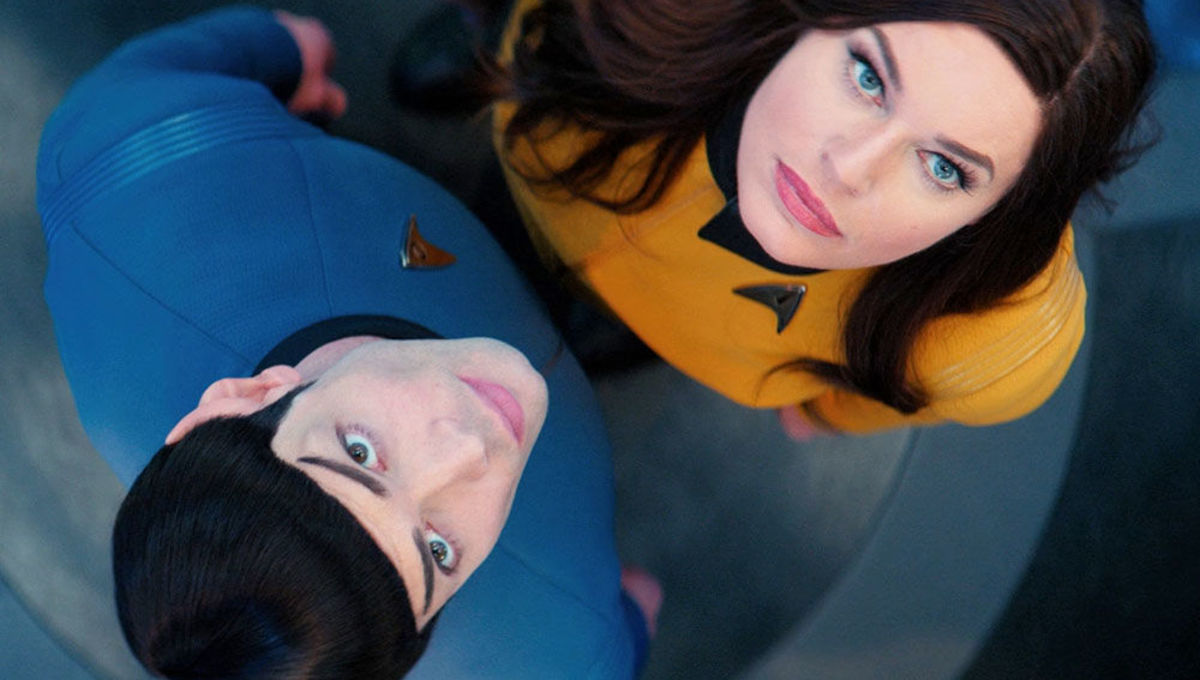 We’re finally back! Ruthie and I are back with an episode of The Star Trek Discovery Podcast! And we are back for the first of six Short Treks before Star Trek: Picard premieres in January. This time, we talk through Q&A, which was written by Michael Chabon, and directed by Mark Pellington.

We have launched The Star Trek Picard Cast!

You probably saw that we released our first episode of The Star Trek Picard Cast to the feed! That’s a brand new podcast from Ruthie and me. We decided to launch it on a separate feed so that we can specialize in Discovery on this podcast and Picard on the new podcast. It also lets people who might not have given Discovery a chance to discover us, pun intended! 🙂

The episode begins with us discussing the trailer that was released at New York Comic-Con. We both loved it! It has a lot of ties back to the history of Trek. We see Andorians, Lurians (Morn’s species), Trill, Cardassians, and a few others we know. There’s a flag reminiscent of the Federation flag, with a lot fewer stars on it. We see time has passed. We see action, a future that may not be so bright, and a new character or two.

Onto the Short Trek…

This was a great character study of a young Ensign Spock, first arriving on the Enterprise, and meeting Lieutenant Commander Una, who is known better as Number One. There is a great exchange between them. Overall, this was a well-acted, well-written and well-directed Short Trek, with great performances by Rebecca Romijn and Ethan Peck.

In a Short Trek that was a callback to TNG’s Disaster, Spock and Number One end up stuck in a turbolift. We see those darn insides of the Enterprise with vast chasms where the turbolifts are, much like the Discovery had, that many of us rolled our eyes over. Number One also sings the same song from Gilbert & Sullivan, the Major-General’s Song, that Laforge auditions with for the musical Dr. Crusher’s directing. In a new twist, I put on my nitpicker’s hat and pick on the fact that the uniforms were of the wrong era. You’ll be hearing more of this persona when we discuss the second Short Trek, The Trouble with Edward, next time!

So, that’s it for this mini-episode! Ruthie seemed to love this episode a little more than I did, but I gave it a higher rating! Go figure. Remember to submit feedback for our next episode, covering the second Short Trek, S2E2 The Trouble with Edward.

We also talk about our recent problems with Facebook. You see, Ruthie and I recently got approved as affiliates for CBS All Access. We were testing a link over Messenger. I made a link on our site that redirects to this link, which is our affiliate sign up page. Somehow, that triggered Facebook to ban ALL links from this site. We’re dumbfounded, and there seems to be no way to appeal this decision. We recorded this on Sunday, October 20th, and this ban is still in effect. We disagree with this decision, and we hope you will tell them you disagree, too.