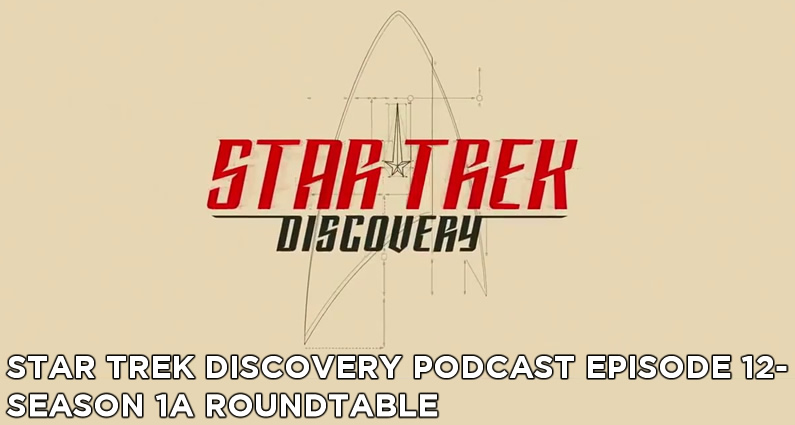 Star Trek Discovery returns on January 7th, but we return a bit early for a Season 1a roundtable, discussing the first nine episodes of Season 1. Joining Adam and Brian are Mark Des Cotes of Solo Talk Media and my former co-host of The Walking Dead Talk Through, Ruthie Rink!

We begin the episode with an important announcement about this podcast. Unfortunately, Adam has decided to step down as co-host of the podcast. This is his last episode for the immediate future, due to other commitments that make it difficult to do this podcast. It’s sad to see Adam go. He’s been a big reason for the podcast’s success, and this podcast wouldn’t be where it is without him. However, I am pleased to announce that the new co-host is Ruthie!!! Ruthie and I have been podcasting together for over three years. She’s as big of a Star Trek fanatic as Adam and I are, and she loves this show. I think you will find that the quality of this show will not skip a beat, and since this podcast’s format is based upon the format of The Walking Dead Talk Through, we probably won’t be changing things much. You can still listen to Adam on The Nerfherder Council podcast.

Submit Your Feedback for S1E10 Despite Yourself!

Please get in your feedback for S1E10, which is titled Despite Yourself, by Monday, January 8th, 6 PM Eastern/5 PM Central, by going to the Feedback form, or by joining our Facebook group and posting your feedback in the designated feedback thread!