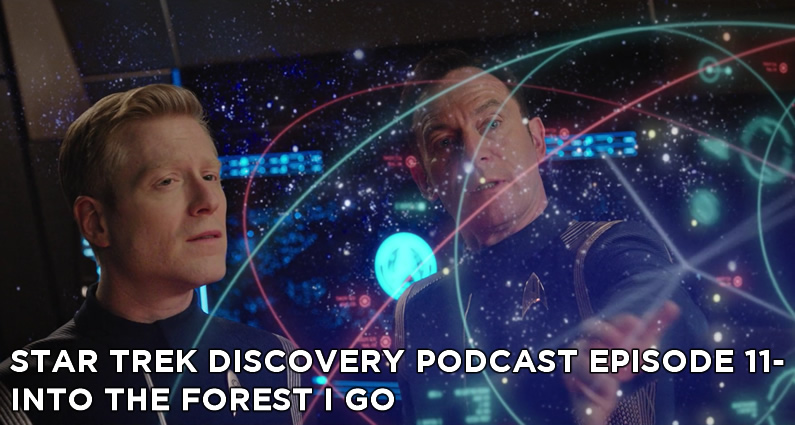 Into the Forest I Go – Star Trek: Discovery – Season 1 Episode 9

Into the Forest I Go! The fall finale is here! On this episode of The Star Trek Discovery Podcast, Adam and I discuss Season 1 Episode 9, titled Into the Forest I Go. We see the Discovery fight the Klingon Ship of the Dead and General Kol, and Burnham redeems herself a great deal from the mutiny in the series premiere. She defeats Kol, rescues Admiral Cornwell, and is instrumental in saving Pahvo from certain destruction. We also see 133 spore drive micro jumps! Don’t you think that the spore drive is cool? However, it is clear that too much of a good thing can get you killed!

So what did we think of this episode?

I thought this was the best episode of Star Trek: Discovery so far, definitely better than the last episode! Adam did not like it as much as I did, but still found it to be a solid episode. We’ll see you back before the winter premiere on January 7th! Want to participate? Join our Facebook group! And follow us on Twitter! Please remember to subscribe to us on Apple Podcasts. Subscribing to us helps us move up in the rankings, so it’ll help us out tremendously! You’ll also get new episodes when they’re released. And while you’re in there, leave us a rating or review! It only takes a few minutes and it also helps us out! And check out our Facebook group!