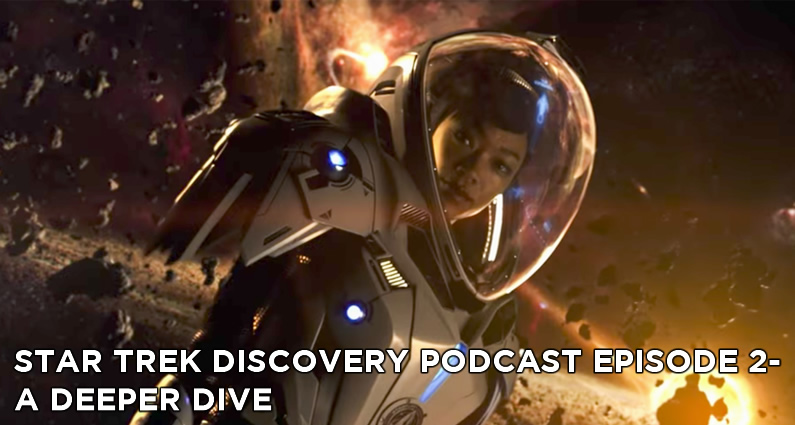 The Star Trek Discovery Podcast does a deeper dive!

It’s Brian here, and, as I write this, we are only two short days away from the biggest event in the Star Trek fan universe in years, the premiere of Star Trek: Discovery!

On this second episode, we discuss the newly released theme, the first four episode titles, the characters, actors, producers, writers, and directors of the show. We also discuss a few things that have been hinted at from people working on the show, and our impressions of what’s coming.

Here are some of the videos we mention during the podcast (no, I won’t link to the Enterprise theme!):

Our next episode will be covering Episode 1 ONLY. We are going to watch it, but hold off watching Episode 2 (which is only available on CBS All Access in the U.S.) until after we have finished podcasting about the pilot Monday night. We’ll then come back later in the week with another episode, covering Episode 2.