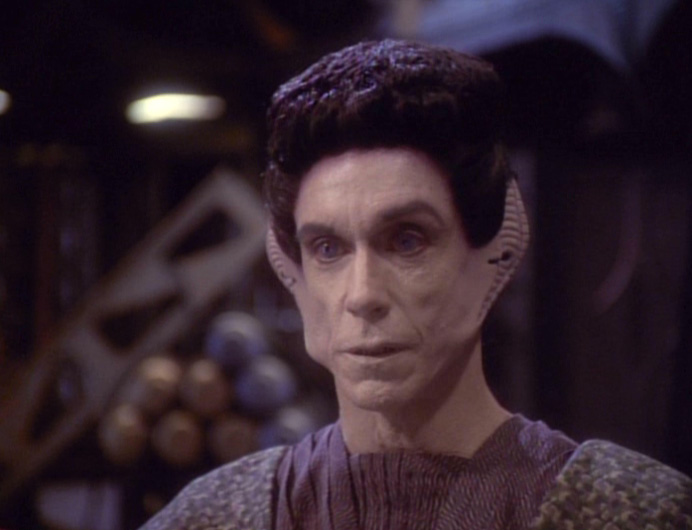 Hello Star Trek fans! Welcome to Rebinge Deep Space Nine S6E10: The Magnificent Ferengi. In this episode Quark puts together a band of Ferengi to try and get his mother back from the Dominion. This episode is filled with guest stars including Iggy Pop as a Vorta and Hamilton Camp as Leck and returning favorites Josh Pais (Cousin Gaila) and Jeffrey Combs (Brunt).

Quark joins together with some unlikely help to rescue his mother from the clutches of the Dominion (and Iggy). With the backing of a big reward from the Nagus, Quark, Rom, Nog, Cousin Gaila, Brunt and a new Ferengi named Leck formulate a plan. But as expected, the plan is terrible as none of them are capable of keeping their cool. At the last minute a prisoner exchange is negotiated but even that goes awry in the hands of the Ferengi.

Please listen to some of our favorite episodes like Duet, The Visitor or Sacrifice of Angels or our VERY SPECIAL episode: Star Trek First Contact. And be sure to listen to our previous episode S6E9: Statistical Probabilities.

Join us next week for Season 6, episode 11: Waltz.