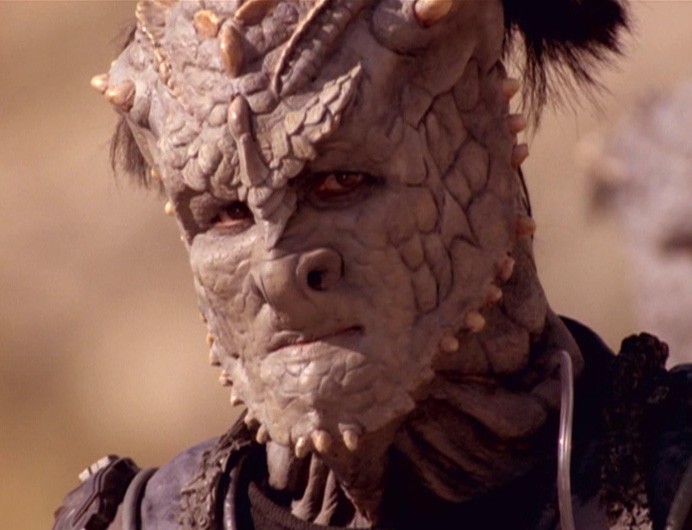 Hello Star Trek fans! Welcome to Rebinge Deep Space Nine S6E2: Rocks and Shoals! In the aftermath of a dangerous mission, Sisko and crew are stranded on a planet where they are not alone. This week’s guest stars include Christopher Shea as Keevan and Phil Morris as Remata’Klan.

After last week’s successful mission, the crew crashes their Jem’Hadar ship on a supposedly deserted planet! But you know it’s not deserted! There’s some crazy Jem’Hadar also stranded there – and no planet is big enough for both Starfleet and the Dominion. Meanwhile back at the station, Major Kira is having a crisis of conscience and is starting to feel like a traitor to her own people. Lots of drama!

Please listen to some of our favorite episodes like Duet, The Visitor or Rejoined or our VERY SPECIAL episode: Star Trek First Contact. And be sure to listen to our previous episode S6E1: A Time to Stand.

Join us next week for Season 6, episode 3: Sons and Daughters!