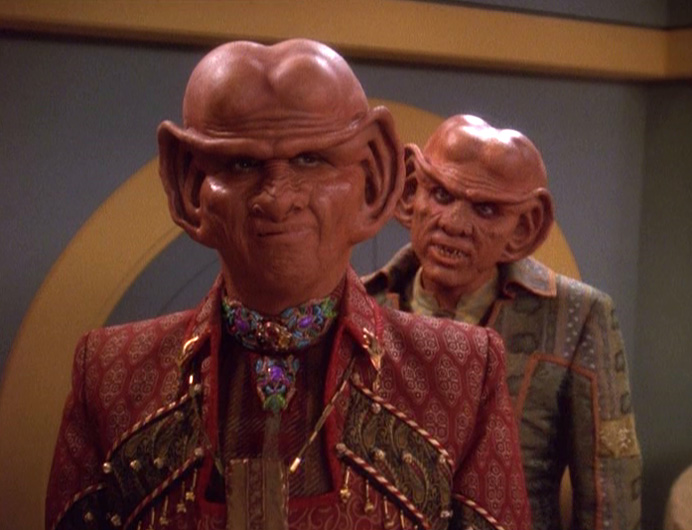 When Quark heads back to his home planet to whine to his mother about his own failings, he learns his mother is having an affair with Zek. He also learns that Zek’s mental abilities are declining and his mother has been supporting him! In addition to this news, Quark has to deal with Brunt always on his tail about everything. Meanwhile back on the station, Dax and Miles are not being supportive friends to Rom who is busy making his own bad decisions.

Please listen to some of our favorite episodes like Duet, The Visitor or Rejoined or our VERY SPECIAL episode: Star Trek First Contact. And be sure to listen to our previous episode S5E19: Ties of Blood and Water.

Join us next week for S5E21: Soldiers of the Empire.