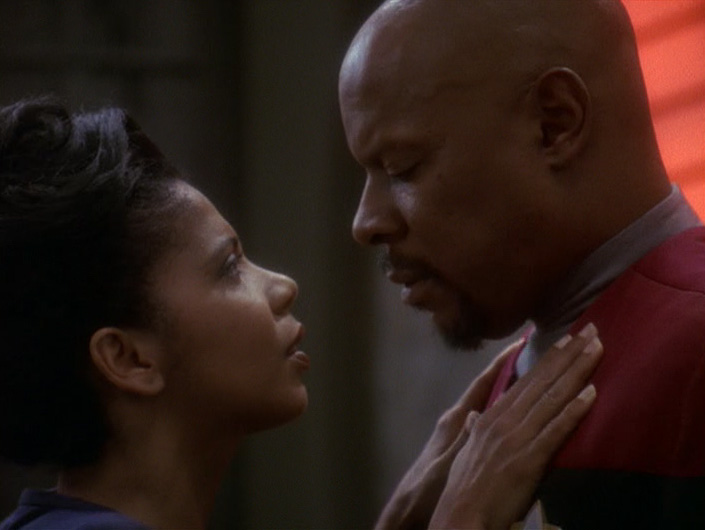 Rebinging Star Trek DS9: For the Cause

Hello Star Trek fans! Welcome to season 4, episode 21: For the Cause where Sisko has to face some harsh realities about his girlfriend and Snodgrass shoots Major Kira! Penny Johnson Jerald returns as Kasidy Yates and Ken Marshall as Snodgrass/Eddington plus a new face in Tracy Middendorf as Ziyal. And everybody has some secrets in this episode, especially Snoddy. How dare he shoot Kira!

This is not Sisko’s best day on the job. In addition to finding out some surprising things about his own girlfriend, he learns some very dark secrets about Commander Eddington (aka Snodgrass). Snoddy makes a pretty fatal mistake at the end of the episode which he’ll likely live to regret. Meanwhile, Ziyal and Garak are having some kind of peculiar flirty interactions while lying on some rocks like lizards.

Please listen to some of our favorite episodes like Duet, The Visitor or Heart of Stone and check out the previous (WILDLY underrated) episode The Muse.