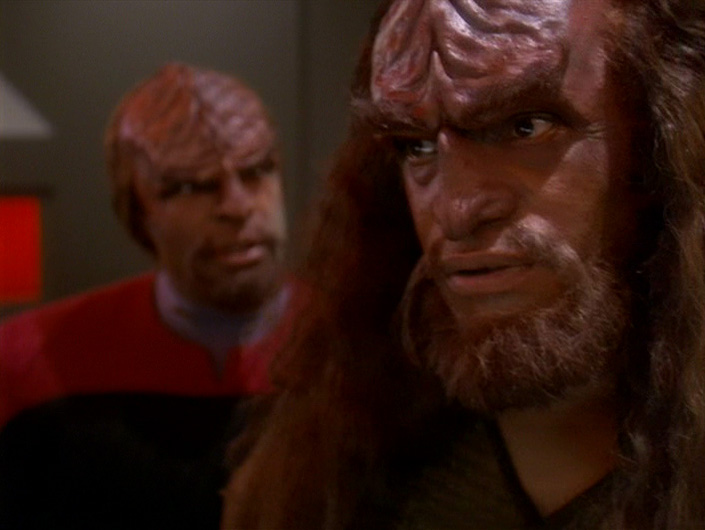 Hello Star Trek fans! Welcome to season 4, episode 14: Sons of Mogh. We’ve got a lot of Klingon stuff in this episode including guest star Tony Todd as Worf’s brother Kurn. But there’s also some other Klingon shenanigans going on near the station and Kira and Miles are on the case.

Worf’s brother is having a crisis. He’s lost his place on the council, his name is mud and he is disgraced. He wants Worf to kill him and send him to Sto’Vo’Kor…the trouble is this isn’t a very Starfleet thing to do! At the same time, Kira and Miles stumble into the Klingons dropping mines just outside of Bajoran space. I’m sure they have a very good reason for this…but Starfleet and Bajor aren’t going to just let it happen.

Please listen to some of our favorite episodes like Duet, The Visitor or Heart of Stone and check out the previous episode, Return to Grace.

Join us next week for S4E15: Bar Association!