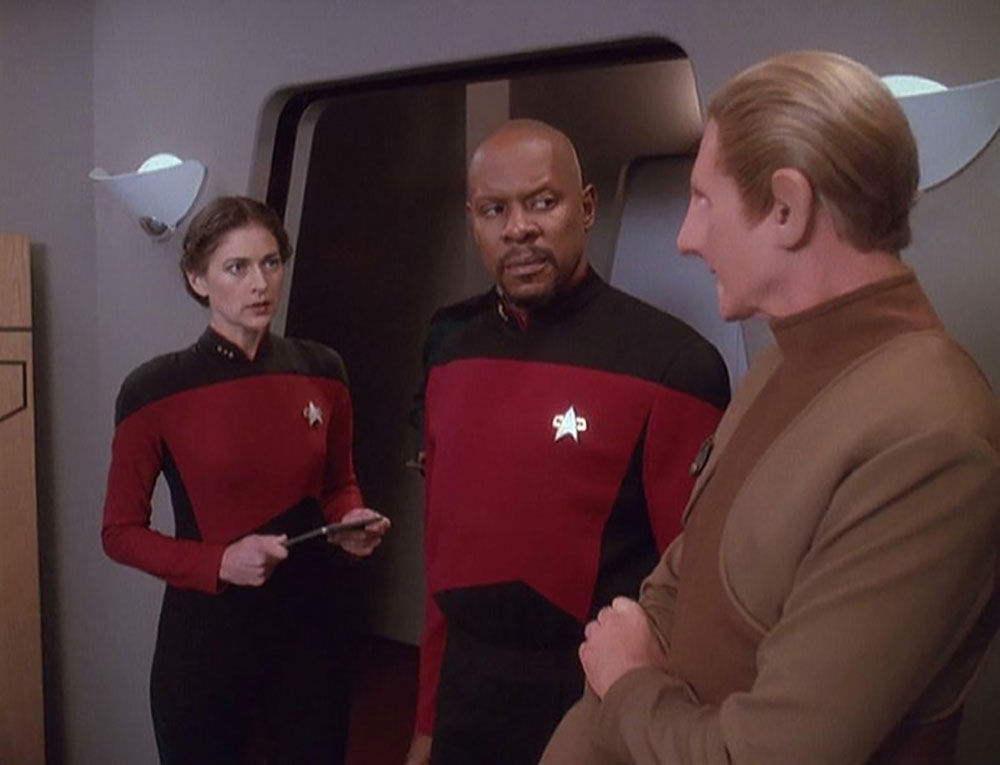 Hello Star Trek fans! Welcome to season 4, episode 11: Paradise Lost Part II. Admiral Falcon Crest and Grandpa Joe are back as our suspicion of a deep conspiracy grows. Are there really shapeshifters everywhere or is Admiral FC up to something?! Guest stars Robert Foxworth and Brock Peters are back!

Also back, San Diego artist and big DS9 fan Attiba Royster joins us for this two-parter. Check out Attiba’s artwork here and listen to his pop culture podcast Teebs and Kid Phoenix Vs.

In this episode, Sisko has to face the possibility that his friend and former boss has been telling some lies. Just as Sisko is about to uncover some hard truths, he gets tossed in jail as a suspected shapeshifter. Don’t worry Odo is up to his season 1 tricks of turning into a piece of furniture and sneaking into surprising places! Sisko is out to prove FC is a traitor. Worf is trying to get the Defiant to earth before it’s too late. And Grandpa Joe wants to get those unpaid workers back in the kitchen. What will happen?

Please listen to some of our favorite episodes like Duet, The Visitor or Heart of Stone and check out the previous episode, Homefront Part I.

Join us next week for S4E12: Crossfire!