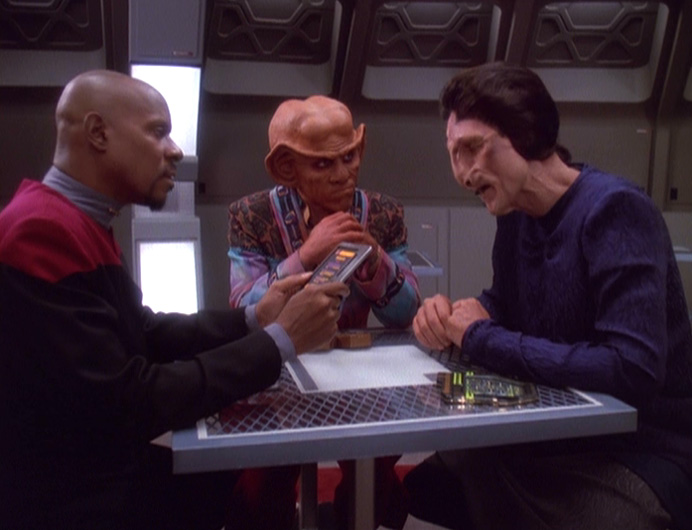 Hello Star Trek fans! Welcome to season 4, episode 6: Starship Down. This week we have an action packed episode where Sisko makes a risky decision putting the Defiant in crisis. When our crew is cut off from each, they scramble to save the ship from certain disaster! We have a lot of people on the ship that we’ve never seen before (spoiler, they’re not all alive at the end of the episode) and we have special guest star James Cromwell NOT playing Zefram Cochrane.

Sisko takes the Defiant into the volatile atmosphere of a gas giant in attempt to rescue some Karemma from two Jem’Hadar cockroaches. And this decision proves costly when several crew members are quickly lost in a Jem’Hadar attack. Sisko suffers a potentially fatal head injury, Dax sucks in a lung full of a deadly gas and Worf is mean to some engineers. I mean come on, a lot is going on!

Please listen to some of our favorite episodes like Duet, The Wire or Second Skin and check out the previous episode, Rejoined.

Join us next week for S4E7: Little Green Men!