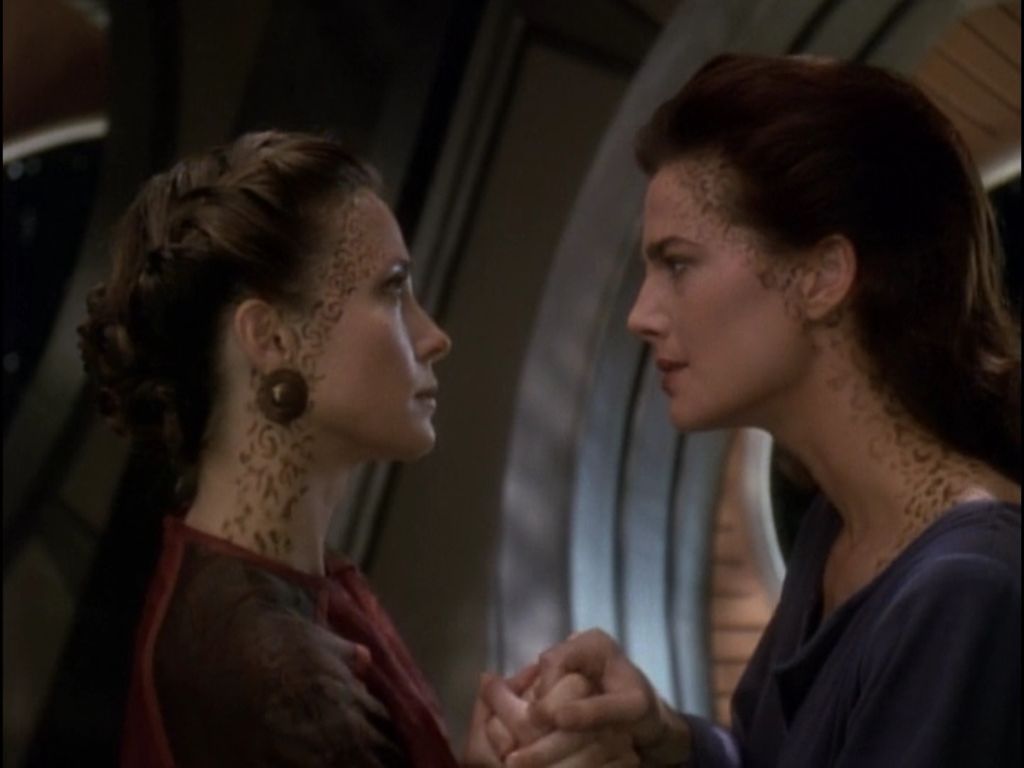 Hello Star Trek fans! Welcome to season 4, episode 5: Rejoined. We’ve got some Trill drama when former lives cross paths on the station. Susanna Thompson guest stars as Dr. Lenara Kahn the widow of Dax’s former host Torias. And because the Trill are kind of jerks, they shame anyone who connects with their past loves.

Sisko tries to avoid this entire problem by suggesting Dax tax a vacation before Dr. Lenara hits the station, but does she listen? No! And does he say “I told you so”? No! But he should have because this turns into a whole big drama where Dax falls back into love with someone she doesn’t really know. I guess that only makes sense in the land of Trill.

But I would be remiss if I didn’t point out the greatest thing in this episode: The costumes. Lenara looks amazing, it’s true, but everyone pales in comparison to the stunning new dress uniform that Kira sports. Where has this been my whole life!? Yes, I understand what this episode is about and how groundbreaking it is and blah blah blah…BUT LOOK AT KIRA’S OUTFIT!

Please listen to some of our favorite episodes like Duet, The Wire or Second Skin and check out the previous episode, Indiscretion.

Join us next week for S4E6: Starship Down!