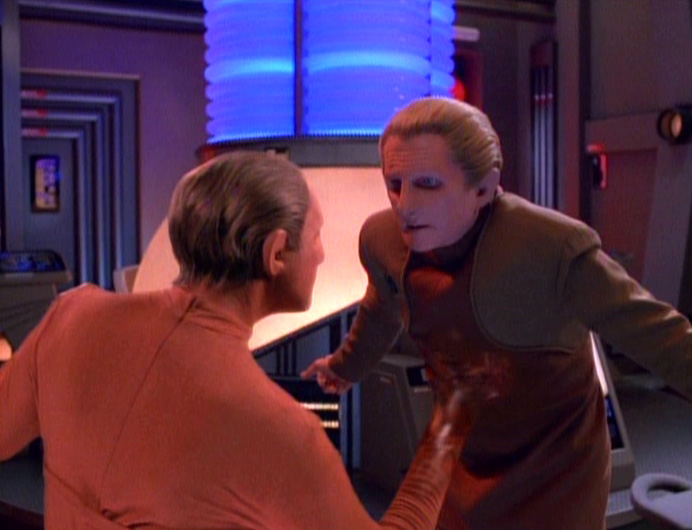 Hello Star Trek fans! Welcome to Season 3 Episode 26 of Deep Space Nine: The Adversary. We’ve arrived at another season finale – somehow we made it through season 3! In this episode we spend a lot of time on the Defiant (which James appreciates) chasing after a villain who could be anybody (which Kim appreciates). It’s The Thing meets X-Files! We also have guest star Lawrence Pressman returning in a different role and a bunch of crew members we’ve somehow never seen before (hello Jeff Austin as Bolian).

Even though we should all be expecting Founders to show up everywhere, we are still somehow surprised when they do. The good news in this episode is Sisko is finally promoted to captain. The bad news is a lot of NPCs are going down as another Founder sneaks his way into the story and causes havoc. Poor Odo…this is not his finest or happiest moment and we end this episode (and season) with some real drama.

Please listen to some of our favorite episodes like Duet, The Wire or Second Skin and check out the previous episode, Facets.

Join us for the next episode our Season 3 Wrap Up!