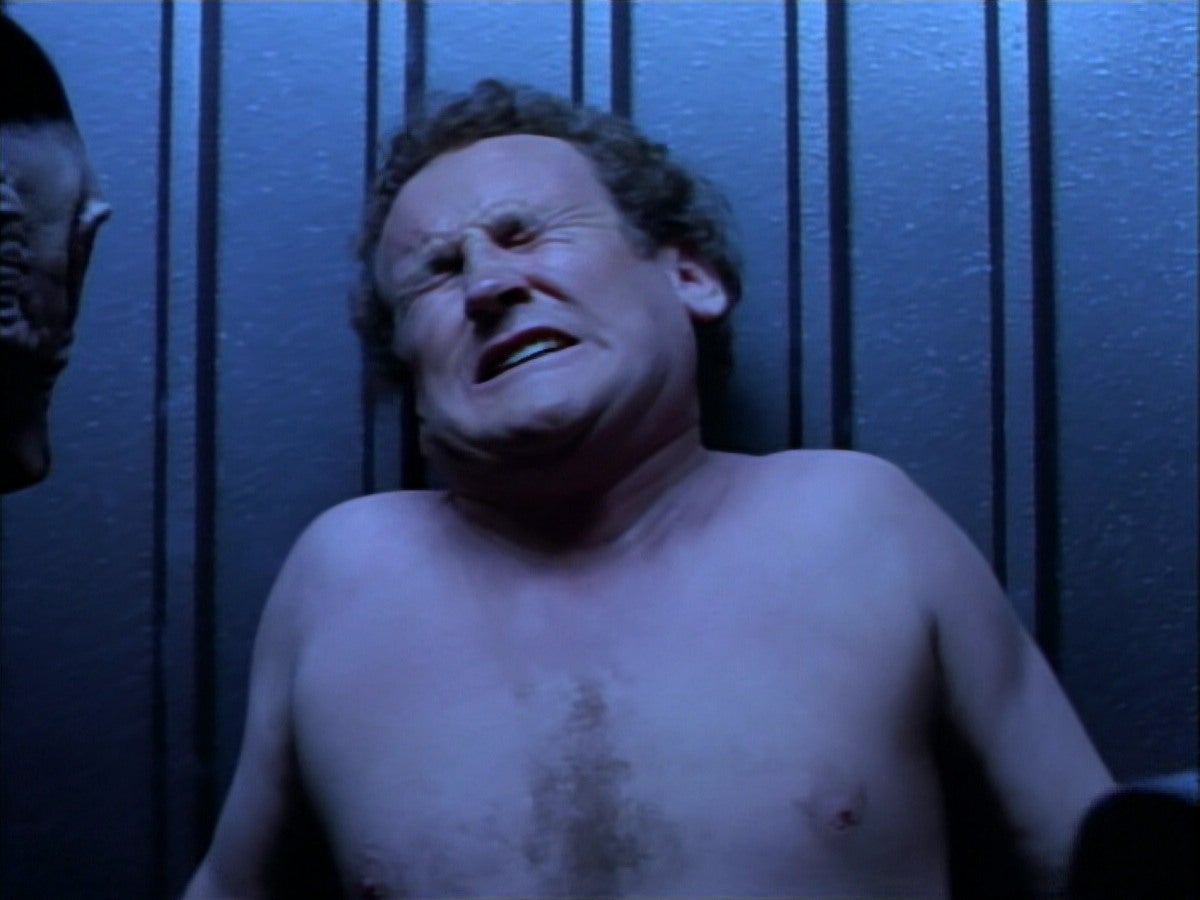 Hello Star Trek fans! Welcome to Season 2 episode 25: Tribunal. Miles is in trouble again when the Cardassians arrest him and put him on trial! Poor Miles, it’s as if suffering is his lot in life. Join us as we discuss one of the darkest episodes so far…and by dark, we mean turn on some lights people! Even finding a usable image of this episode was tough because the Cardassians do not like lights. Regardless of the lack of illumination, we get some great guest stars in Miles’ public defendant Kovat, played by Fritz Weaver and Makbar the judge played by Caroline Lagerfelt.

Miles is trying to take a vacation (that’s his first mistake) when the Cardassians intercept his ship and arrest him. When the crew finds out, they fly into action to figure out what Miles could be charged with. But they’re racing against the clock as his execution date is already set. In this episode we have some severe hair, Cardassian reality television, an uncomfortable make-out scene and a killer mustache. I mean come on…how can you not listen?

Please listen to some of our favorite episodes like Duet and Progress or check out the previous episode in the series S2E24 The Collaborator.