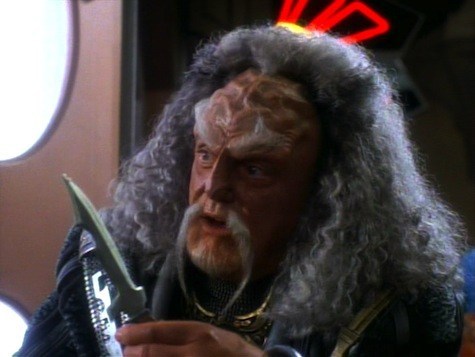 Hello Star Trek fans! Welcome to Season 2 episode 19: Blood Oath. In this episode, we meet some very old Klingons played by actors who originated their roles in the original series! We meet Kor played by John Colicos, Koloth played by William Campbell and Kang played by Michael Ansara.

Kor, Kang and Koloth descend on the station to carry out a blood oath they took many years ago with Curzon Dax. They are surprised to find Curzon is now Jadzia and she still feels the obligation to seek vengeance against another old dude called The Albino. They try to release her from the oath, but she insists on coming along for the ride. Is today a good day to die?

Please listen to season 1 and some of our favorite episodes like Duet and In the Hands of the Prophets. Or you can also listen to the previous episode in the series: Profit and Loss.