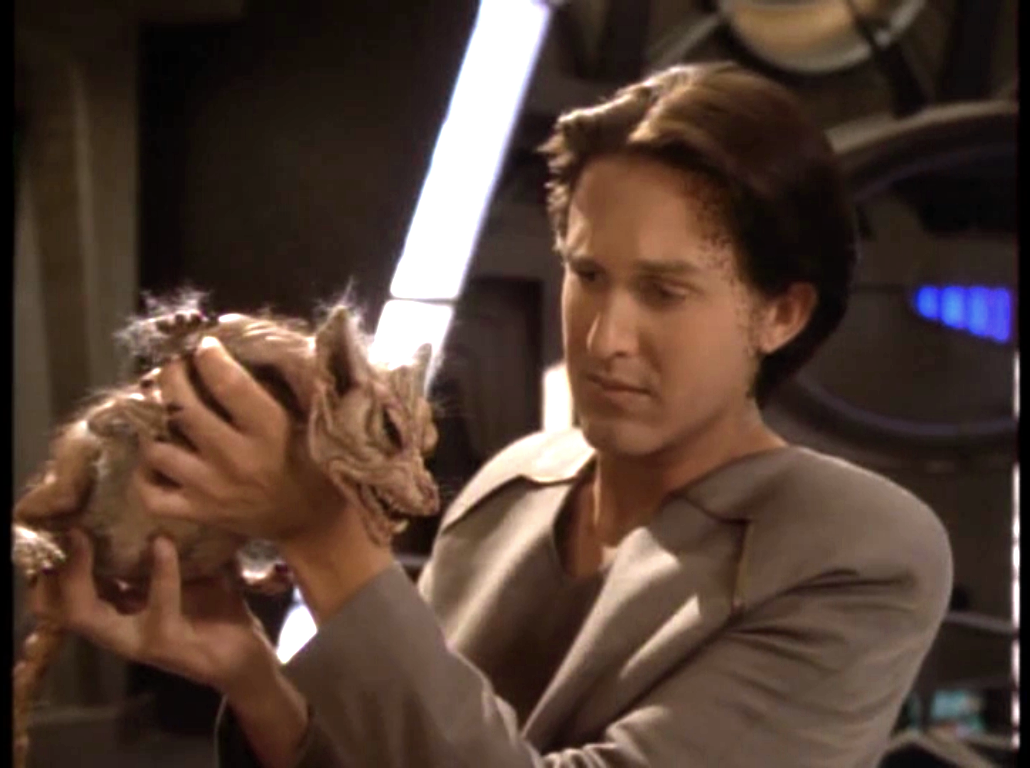 Hello Star Trek fans! Welcome to Season 2 episode 17: Playing God. In this episode Dax gets the dullest intern imaginable. Kira and Miles are trying to rid the station of Cardiassian voles and Sisko is forced into a life or death decision because we beamed something foreign onto the station. AGAIN.

This week we learn that Curzon is really King of the jerks. I mean maybe we knew that already, but we get more evidence when we find that he emotionally abused young people in the training program. Jadzia tries to break the cycle with her intern and she takes him on a ride through the wormhole where she learns that is as boring as dishwater. Also while flying around, they pick up some kind of seaweed or maybe gum on the outside of the ship. It turns out that it’s not gum it’s actually a proto-universe which they accidentally advanced by taking it through the wormhole. Ooooops! Now what do we do? Let it evolve and take over the Alpha Quadrant or throw it back where they found it and pretend like it never happened!?

Please listen to season 1 and some of our favorite episodes like Duet and Dramatis Personae. Or you can also listen to the previous episode in the series: Shadowplay.

We dive into Season 2 Episode 18 of DS9: Profit and Loss.