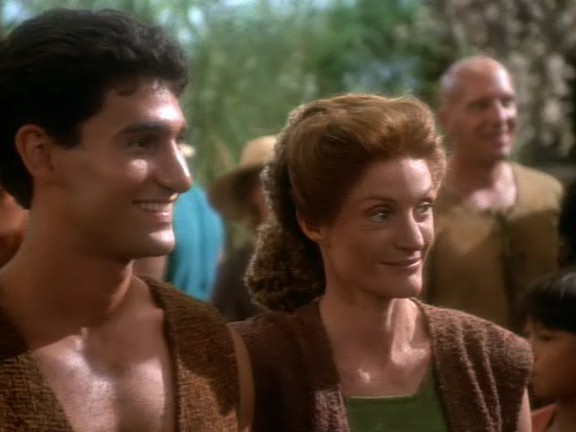 Hello Star Trek fans! Welcome to Season 2 episode 15: Paradise. In this episode Sisko and Miles are on an away mission together and end up trapped on a planet where technology doesn’t work. We do a lot of over analysis of this episode, especially focusing on leadership (good and bad). While we’ve had several recent episodes where there just wasn’t much to talk about, this one finally breaks that mold!

Sisko and Miles beam down to a planet hampered by a rogue duonetic field. No technology works, including comms back to the runabout. We find a small group of humans who crash-landed here 10 years earlier and gave up on technology and established a new community. Is this what everyone wants or are they simply following the will of their strong-willed leader Alixus? Sisko gets into a battle of wills with the cult leader as he puts his life on the line to prove a point. Will Kira and Dax rescue them in time?

Oh and be sure to stay tuned all the way to the end for a meowy outtake.

Please listen to season 1 and some of our favorite episodes like Duet and Dramatis Personae. Or you can also listen to the previous episode in the series: Whispers.

We dive into Season 2 Episode 16 of DS9: Shadowplay.