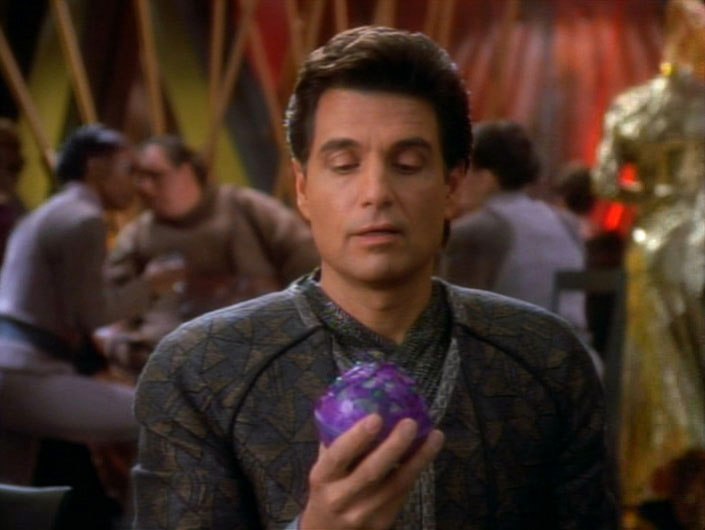 Hello Star Trek fans! Welcome to Season 2 episode 11: Rivals. In this episode someone new is hanging out on the station and as usual, we don’t think to blame him immediately for a new problem we have. Guest star Chris Sarandon plays Martus Mazur as a slightly smarmy El-Aurian who likes to charm little old ladies out of their money. But luck isn’t always on his side.

We have two pairs of rivals in this episode. First there is Quark trying to stop Martus from taking his business when the visitor builds a very popular casino on the Promenade. Then we have Julian and Miles competing for worst racquetball outfit. And it’s a toss up!

Please listen to season 1 and some of our favorite episodes like Duet and In the Hands of the Prophets. Or you can also listen to the previous episode in the series: Sanctuary.

We dive into Season 2 Episode 12 of DS9: The Alternate.