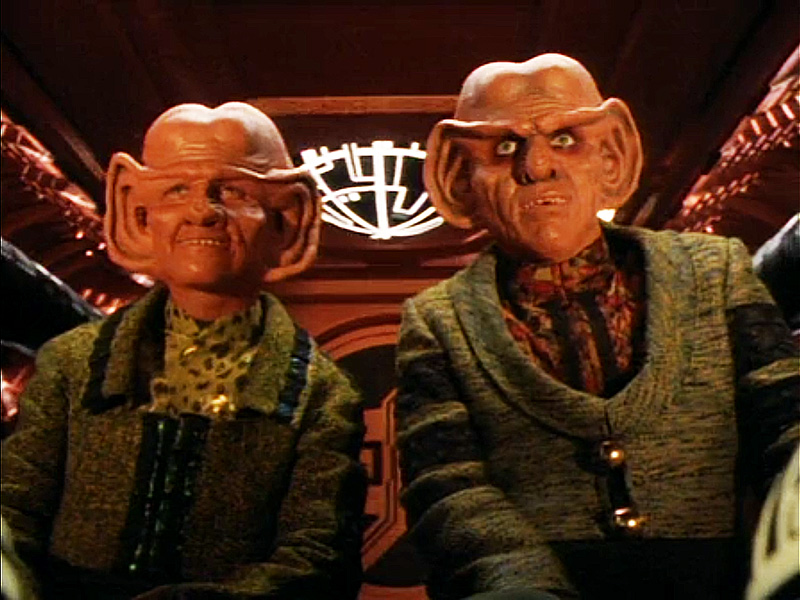 Hello Star Trek fans! We have arrived at episode 7: Rules of Acquisition. There’s a whole lot of Ferengi going on in this one. Maybe a little bit too much? But we also have Tongo, The X-Files and lobe augmentation to discuss. Thank goodness for some humor here and there because otherwise this episode hits some very low points. Just going to issue a warning here folks….we are pretty hard on the blatant sexism in this episode. You’ve been warned! (I’d like to apologize for how many times I sigh on this recording. -kv)

In this episode, we meet Pel, a Ferengi with a secret who is well-versed in the Rules of Acquisition. Pel is a new waiter at Quark’s but Rom is not impressed. We also get more of the Nagus from season 1 as played by Wallace Shawn and we are introduced to a new race from the Gamma Quadrant called the Dosi. The Dosi are into red face paint and being generally scary. There are some important developments in this episode, but also just some bad bad bad writing. Tune in for our take on rules of Acquisition.

Please listen to season 1 and some of our favorite episodes like Dramatis Personae and Duet. Or you can also listen to our previous episode Melora.

We dive into Season 2 Episode 8 of DS9: Necessary Evil.