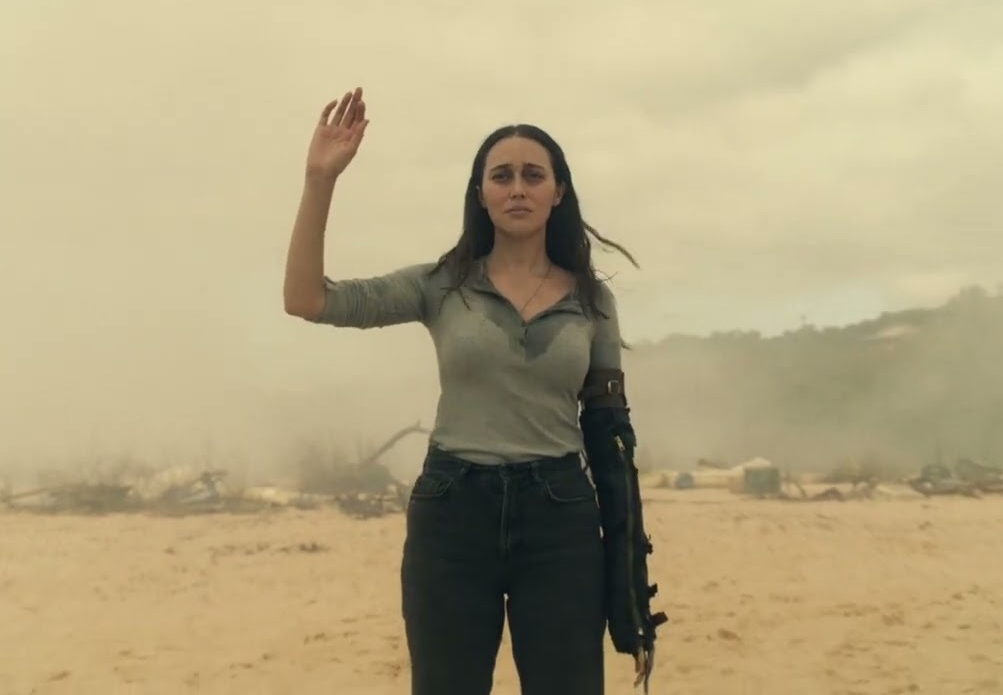 What the hell is happening!

Hey, Survivors! So another what-the-hell-is-going-on episode that we had to sit through. It was Alicia’s goodbye episode, and the showrunners seemed to let it be vague on if she really did die or just walked the wasteland with her Ghost Child companion. So much of this season has been a mess, and now that we know Madison is returning without Alicia, there doesn’t seem to be much hope of a good story next season. And by the low ratings you listeners gave and our own, it’s not as fun or exciting to see what will happen next. We will still be here and hope you are too to cover Season 8, but for now, we march forward as we still have one more episode of this season.

( Brian couldn’t join us, but he should be back for next week’s finale and will get his thoughts on this episode. I want to hear his take on it. )

Ratings were down quite a bit for Divine Providence.

That’s it for Amina. For our next episode, we will be covering the finale of Season 7, Episode 16, titled Gone. One of the best ways to submit feedback is on our Facebook group at https://facebook.com/groups/WalkingDeadTTM/. You can also email us at walkingdead@talkthroughmedia.com or call our voicemail at 216-232-6146. The deadline for feedback will be 7 PM Eastern / 6 PM Central the Tuesday after the episode airs.

We are going to try offering Patrons early access to our regular episodes. These versions of the episodes will be less polished than the final version of the podcast, will largely be uncensored, may contain things we fix up in the final version (like when we speak over each other, awkward silences, etc.), and content that we remove from the final version and may not have all of the sound effects mixed in properly (and in the case of this episode, doesn’t have the beginning and ending music mixed in at all).

Please remember to subscribe to us on Apple Podcasts or whatever is your podcast client of choice. Subscribing to us helps us move up in the rankings, so it’ll help us out tremendously! You can add our RSS feed directly: It’s https://talkthroughmedia.com/feed/podcast/walkingdeadtalkthrough/ You’ll also get new episodes when released. And while you’re in there, leave us a rating or review! It only takes a few minutes, and it also helps us out! And join our Facebook group! Follow us on Twitter at https://twitter.com/WalkingDeadTTM! And like the network’s Facebook page at https://facebook.com/TalkThroughMedia/ – also, if you want to help Kyle with the editing of Fear and The Walking Dead, you can support that process by donating credits to his Auphonic Account here. He would greatly appreciate that support.